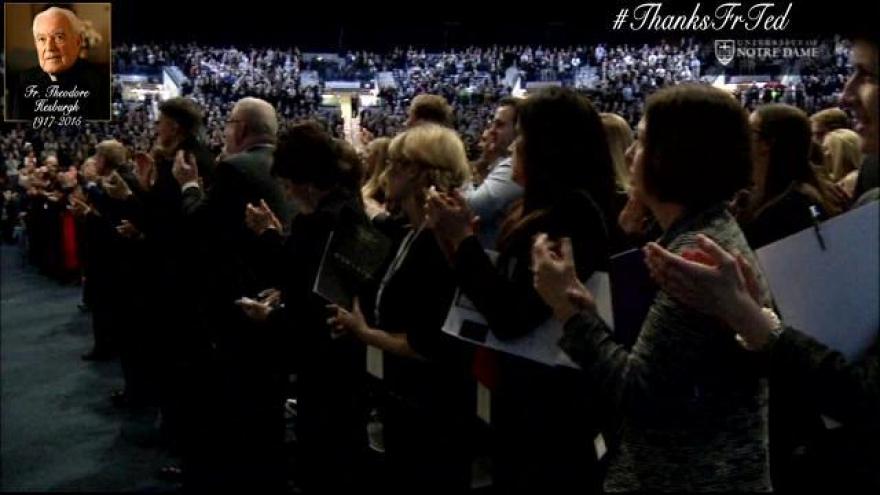 Speakers were chosen to address all of Father Ted's greatest accomplishments from equality to higher education to religion.

U.S. Senator Joe Donnelly spoke as a Notre Dame Alum; speaking on how important Father Ted was to every student who has stepped foot on the campus.

“God, country, and Notre Dame. No one ever lived that better than Father Ted. Father Ted you are our rock, our larger than life leader and our priest,” said Senator Joe Donnelly.

The former coach said the entire day of events was moving.

“I will never forget the precession to the cemetery, I got the thrill and the chill, because that's what Notre Dame is all about. That's what Father Hesburgh was all about," said Holtz.

While Former President Jimmy Carter shared his relationship with Father Ted on their partnership with human rights; former Secretary of State and friend of Father Ted, Condoleezza Rice said that that is exactly what sticks with her the most about Father Ted.

“Perhaps what connects us most over the years that would come was my understanding of his love of the global humanity,” said Rice.