Men caught with weapons, accused of shooting from a vehicle 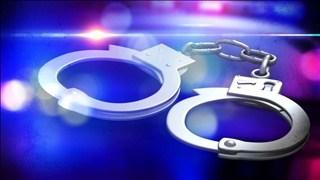 Authorities with the Elkhart Police Department say Saturday at approximately 8:30 p.m. officers were dispatched to the area of McDonald Street in response to sounds of gunfire.

Upon arrival, witnesses told police they say the occupant of an SUV fire a shotgun from the vehicle while in the 1300 block of Tipton Street.

While investigating, officials say wadding from shotgun shells was found in the area, but they found no damage and received no reports of anyone getting injured.

Shortly after beginning their investigation, officers saw a vehicle that matched the description given by witnesses trying to leave the area.

Officers stopped the vehicle and say they found two guns and marijuana inside the SUV.

Police say Tirzo Cabrera, a 20-year-old man from Elkhart, was the driver of the vehicle. He was arrested for possession of marijuana and possession of a handgun without a permit.

The passenger, who police identified as Marco Fernandez, an 18-year-old man from Elkhart, was arrested for criminal recklessness with a firearm.

Both men are being held at the Elkhart County Correctional Facility without bond at this time.