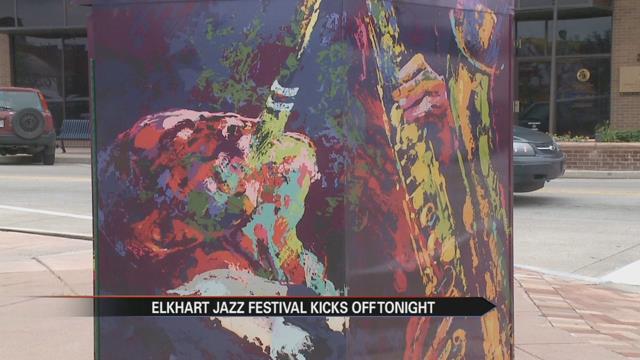 The official curtain of the Elkhart Jazz Festival will open at 3:30 p.m. on Friday at the Civic Plaza stage but before then merchants are getting ready for thousands of people to flood Main Street.

“We bring a lot of people down here and we believe they see that result then in their sales at the end of the weekend,” says Wendzonka.

Veteran merchants like Stephenson's and new restaurant Krav are both confident the festival will bring more people to their businesses.

“It's a big big weekend for us lots of traffic any time that you are bringing thousands and thousands of people to downtown Elkhart we are all going to benefit,” says Danny Reynolds of Stephenson's.

“Jazz fest has always been that pivotal moment for us to say here is our doors here we are come see what we can do,” Ranee Robinson owner of Krav Restaurant.

Robinson says it's not all about the food and she's excited to see this entertainment energize Elkhart.

“We want downtown revitalization to really come to life. With the partnering and the working together of all the eateries and bars we are moving in the right direction,” says Robinson.