Merrillville police officer killed in the line of duty 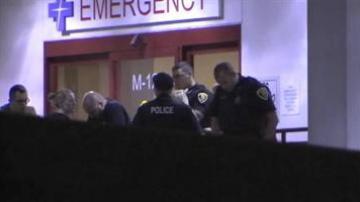 MERRILLVILLE, Ind. --- A Merrillville police officer died from a gunshot wound to the head.

Officer Nickolaus Shultz responded to a call late Saturday night of a man who was trying to return to a home he had been evicted from.

Authorities say 33-year-old Michael Hrnciar fired his gun at Officer Shultz as soon as he arrived at the scene and then turned his gun on himself.

Shultz passed away at Christ Hospital just before 10 a.m. Sunday.

"I was saddened to learn of the passing of Merrillville Police Officer Nickolaus Shultz, and join his family and friends as they mourn the loss of this Indiana hero. After only one year in uniform, Officer Shultz courageously risked his life fulfilling his oath to serve and protect the people of Merrillville and Lake County. The service and sacrifice of Officer Nickolaus Shultz will be remembered always by the people of Indiana."