Meteor outburst likely: meteor rate of 100 to possibly 1,000 per hour!

You might want to strongly consider heading outside late in the evening on Thursday, November 21st.

That's because we are in for a spectacular treat in the form of a meteor shower capable of producing hundreds of meteors per hour!

They are called the alpha Monocerotids. And according to a study posted to MeteorNews, the shower is expected to come in the form of an "outburst." 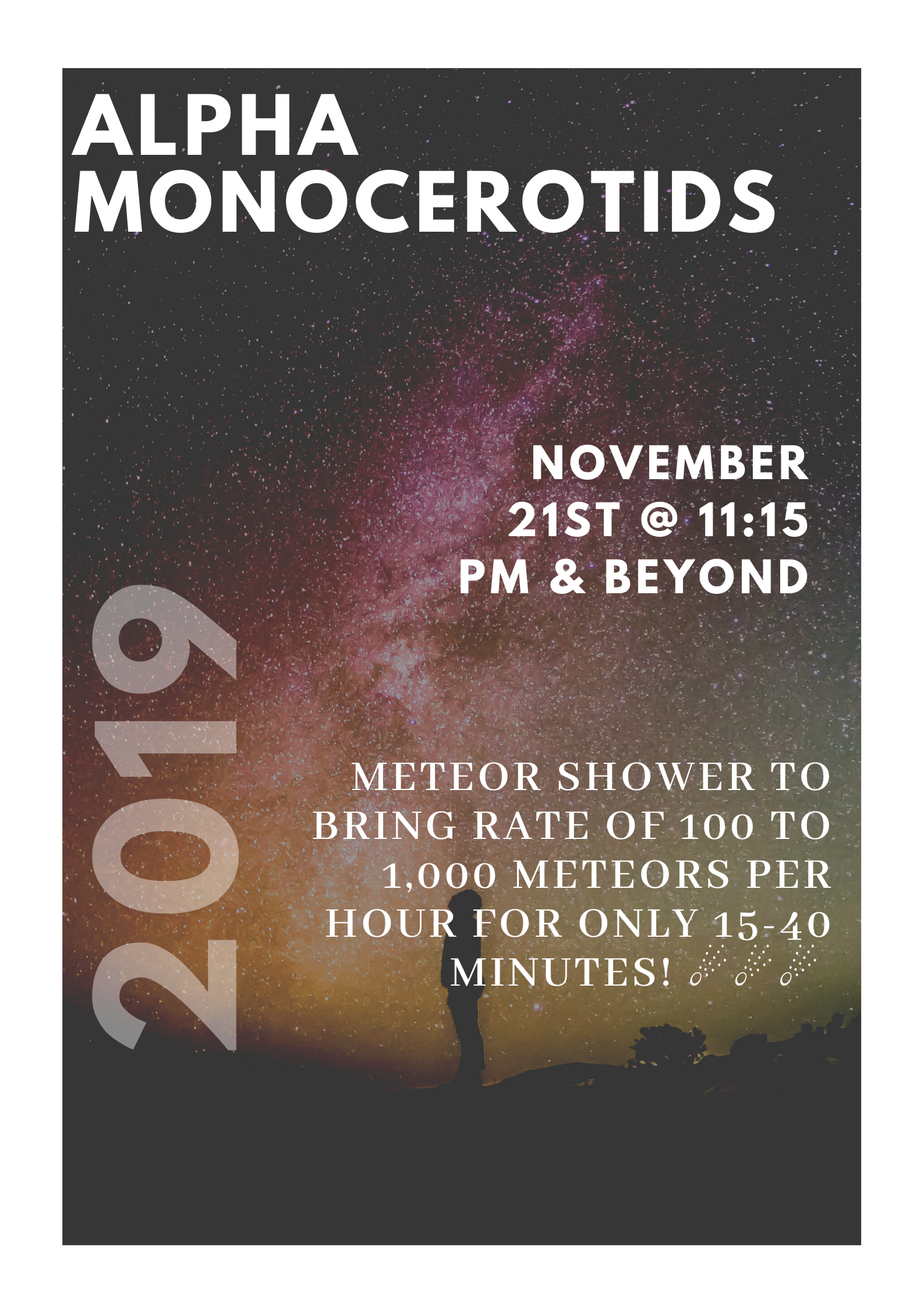 The big problem here is that the shower is only forecast to last upwards of 40 minutes at most.

"Anyone who is going to try to observe should not be late at all. The strongest maximum would fit in about 15 minutes, or maybe a little bit less. It will be almost completely over in about 40 minutes. I recommend starting the observations at the latest at 04h30m [11:30 p.m. November 21st] and if you don’t want to miss any meteor, then start no later than at 4h15m [11:15 p.m. November 21st]."

At the absolute latest.

If the outburst does indeed happen as the authors of the publication say it will, the absolute peak will likely be around 11:50 p.m.

That means the rate of hundreds of shooting stars per hour will likely begin shortly before 11:50 p.m. and last until midnight or just after. This breaks down to five to seven meteors per minute, on average, if the prediction of this outburst comes true.

It's unlikely that you'll actually see 400 to 1,000 meteors blaze across the sky, but the rate will still be well worth your time.

What makes things even better is that the moon won't rise in the sky until after the outburst occurs. Just be sure to keep tabs on the weather forecast, travel to a dark area and give your eyes 30 minutes to adjust to darkness. 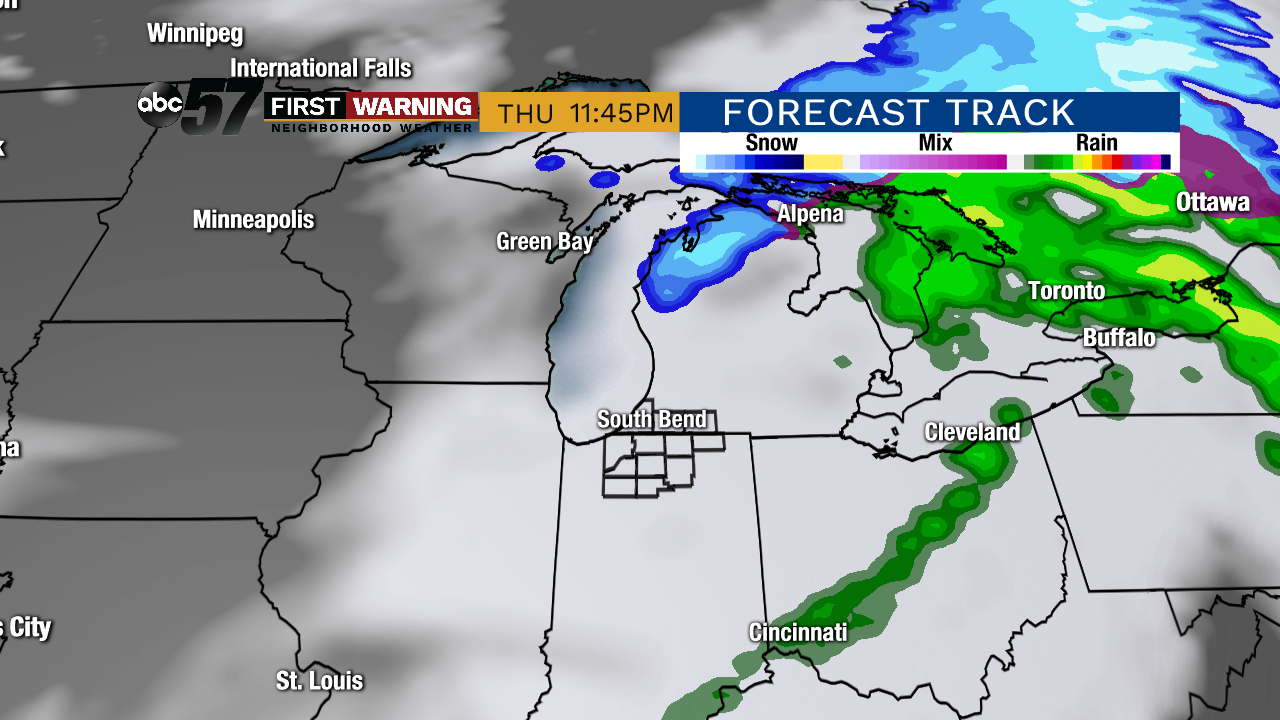 Forecast precipitation and cloud cover at the peak of the potential meteor outburst.
Unfortunately, the likelihood of us here in Michiana being able to see the meteor outburst is looking very low. That's courtesy of Mother Nature.

It won't be raining or snowing, but there will likely be way too much cloud cover in place (shocker, we know).

Your best bet at seeing this forecasted outburst of shooting stars would be to travel west closer to the Mississippi River. That's where clouds may break just in time.