INDIANA – The Hoosier State is no stranger to being ravaged by methamphetamines.

According to Real Clear Politics in 2014, Indiana was dubbed the Meth Capital of the United States.

Looking at the data from 2013 there were 1.808 meth labs seized in the state with a majority of them being found in Vanderburgh County, in southern Indiana.

During 2013 Michiana counties saw a wide range of the number of meth labs seized by Indiana State Police. The only county that saw similar numbers of labs in 2017, the most recent data released by ISP, was Starke County.

Indiana isn’t the only Michiana state struggling with drug issues. 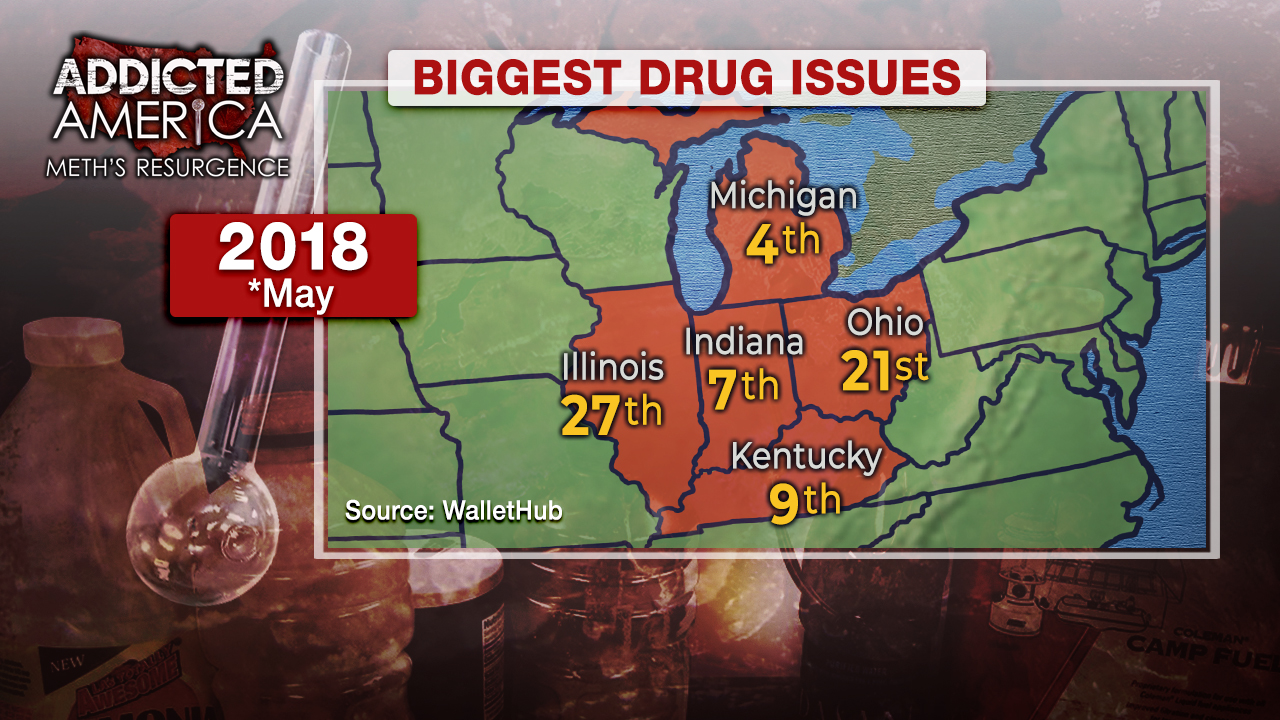 According to data from a WalletHub survey Michigan ranked 4th worst in the country for drug issues.