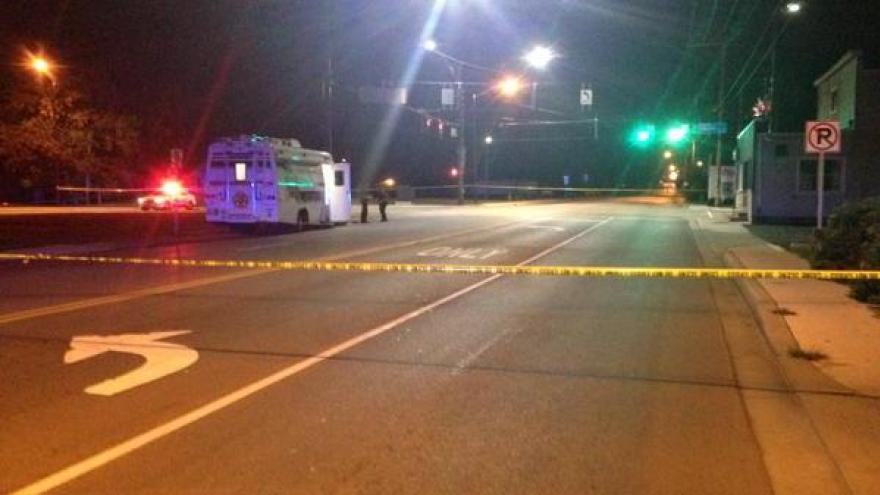 At 3:32 Friday morning, Mishawaka Police responded to a shooting at 331 Inn, a bar in Mishawaka.

Metro Homicide says when they arrived, they found 46-year-old Roberto Teneria unresponsive on the floor.

Richard Bonnett, 64, was waiting for officers and told them, "I shot him."

Teneria was pronounced dead at the scene.

Officers noted the bar appeared to have been the scene of a fight because furniture had been knocked around and objects were out of place.

The County Metro Homicide Unit took over the investigation.

According to the probable cause affidavit, around 3 a.m., the bartender was attempting to close the bar.

Two patrons, Bonnett and Teneria, were still in the bar.

Bonnett allegedly told Teneria he had to leave.

The two men then began rolling around on the floor fighting, according to the bartender.

The bartender told investigators it appeared Bonnett was winning, but at some point Teneria got the upper hand and began beating Bonnett.

The bartender said the two eventually stopped fighting and Teneria began walking towards the door, turned around and told Bonnett he had to leave, according to the probable cause affidavit.

The bartender told police she ran outside and hid and called 911.

Bonnett spoke with investigators about what happened and admitted to shooting Teneria. He said Teneria was approaching him in a threatening manner although Teneria was not armed or holding anything in his arms, according to the probable cause affidavit.

Bonnett has been charged with one count of reckless homicide.

Metro Homicide is asking anyone with anymore information or any patron of 331 Bar who was there before the fight and shooting to call Metro Homicide, Crime Stoppers, or the Mishawaka Police Department.

Bonnett is scheduled to be arraigned on September 8.