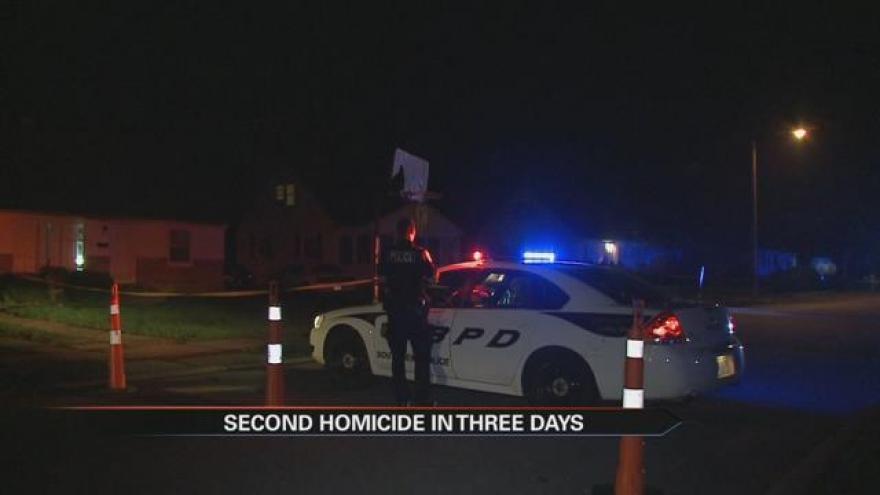 On Thursday, Metro Homicide was called to the scene of a shooting on South Bend's southwest side.The man, 20-year-old Tyler Hurtle, was taken to the hospital where he later died.

Right now, police are still looking for his killer. As the investigation continues, neighbors are left wondering what exactly happened overnight.

One young man on this block told me he didn’t see anything but heard his parents screaming for him to take cover.

“My father actually heard like 5 or 6 gun shots,” said Rogelio Rodela, a resident. “So he yelled at us to all get down as soon as possible.”

Around 4 a.m., South Bend Police were called to the 4400 block of Meadow Lane to investigate a potential shooting. First responders located a man in the front yard of a home with gunshot wounds.

“We actually saw the body, they were taking it away, it was pretty intense," said Rodela.

Metro homicide stayed on the scene for hours, working through the rain, to find any evidence that will  lead to Hurtle’s killer.

Investigators have been interviewing neighbors like Patrick Lynch. He's been living on this block for about a year and hasn't experienced anything like this – until now.

“See now, I honestly believe that anything like that could happen anywhere.," said Lynch. "It definitely doesn’t have to do with the street itself.”

Tyler Hurtle’s autopsy has been scheduled.

No suspects are in custody, but the County Metro Homicide Unit is asking anyone with information to contact them as soon as possible.