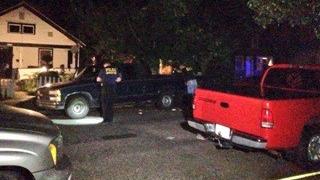 Around midnight, South Bend Police were called to a shooting in the 1200 block of West Queen Street, on the city’s northwest side.

The St. Joseph County Metro Homicide Unit was also called to the scene.

Authorities closed off that street for hours while investigators tried to piece together what happened. A truck was part of the investigation. It was eventually towed away from the scene.

Police officials have not released information concerning how many victims were involved or if any suspects were in custody.