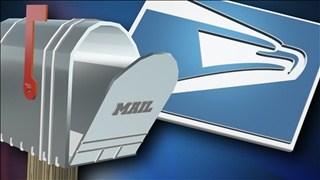 Carlsbad, CA -- A U.S. Postal worker delivering mail in Carlsbad reported a "ticking" package to authorities and it turned out to be something entirely unexpected, police said Sunday.

Several homes were evacuated and residents were warned to stay away as investigators blocked off the 3600 block of Glen Avenue around 3:20 p.m. Saturday to investigate the ticking package, Carlsbad police Lt. Greg Koran said.

When the package was opened, the feared bomb turned out to be nothing more than Mexican "jumping beans," police said.

It took the San Diego Sheriff's Bomb/Arson Unit three hours to determine the package was safe. No one was injured and no property was damaged.

"It was a little funny and made a serious situation humorous, but it is sad that police had to waste their time on a toy," a neighbor said.

Mexican jumping beans, also known as frijoles saltarines in Spanish, are pods with larva of a small moth inside. When they heat up, the pods move.