MH370 out of control and spiraling fast before crash, report says 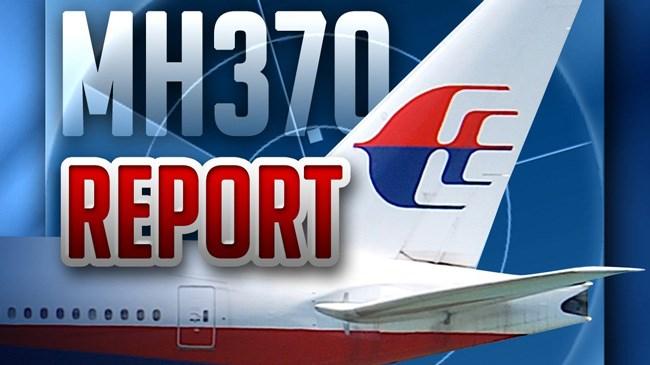 (CNN) -- Missing plane Malaysia Airlines Flight 370 was plunging toward the sea with no one in control when it made its last satellite communication, new analysis reveals.

A report released Wednesday by the Australian Transport Safety Bureau provided the clearest picture yet of the plane's final moments in March 2014.

"Additional analysis (of) the final satellite communications to and from the aircraft is consistent with the aircraft being in a high and increasing rate of descent at that time," the report said.

According to end of flight simulations run by the Australian bureau, the plane was spiraling in its final moments, descending at up to 25,000 feet per minute (284 mph).

AirlineRatings.com aviation expert Geoffrey Thomas told CNN the report debunked theories that the pilot had been flying the plane when it landed in the sea.

"The really important news in this report is that the flap found in Tanzania was stowed," he said, referring to the flaperon that washed up off the East African country in June.

"Therefore there was no way this airplane was being flown by anyone. It was out of control, ran out of fuel and spiraled into the sea at high speed."

Information has emerged in recent months that raised questions over the actions of chief pilot Zaharie Ahmad Shah, who was in charge of the plane when it disappeared from radar screens.

The magazine quoted a leaked document from an FBI investigation that showed deleted files had been recovered from Zaharie's home-built flight simulator.

They reportedly revealed he had plotted a course into the deep southern Indian Ocean -- a course that closely matched the final flight MH370 is thought to have taken. Investigators said the simulator files had been created just weeks before the jet disappeared, according to the document.

The confidential document, whose contents were not independently confirmed by CNN, summarized the Malaysian police investigation into Zaharie.

In an email to CNN that same month, Joint Agency Coordination Center spokesman Scott Mashford said, "The MH370 captain's flight simulator showed someone had plotted a course to the southern Indian Ocean." The Australian agency is directing the search for MH370.

Mashford did not elaborate on who may have plotted the route.

But the minister added there was no evidence to prove that Zaharie had piloted the aircraft to the southern Indian Ocean, Bernama reported, saying "the simulator was used by the pilot for trial and error in many areas. There are thousands of simulations to many destinations."

Zaharie's sister, Sakinab Shah, told CNN her brother had been made a "scapegoat" and that any claims against him were a "fabrication."

Shortly after it left Kuala Lumpur, Malaysia, for Beijing on March 8, 2014, MH370 ceased communications and vanished, creating one of the greatest aviation mysteries.

More than 20 items of debris have been brought to the attention of investigators, but only three have been confirmed as from MH370, including the flaperon mentioned in the new report.

"Where they're looking is still the area where everyone agrees that's where the plane is," aviation expert Thomas said, adding there were slight disagreements in opinion.

"(But) we're only talking about small increments -- just variations as to exactly, precisely where it could be."

"To have not found the aircraft at this stage is frustrating for everyone involved and particularly for the families of the passengers and crew," Chester said.

The report came as officials from Malaysia, China and Australia and experts from the United States and United Kingdom met in Canberra, Australia, to discuss the ongoing search.

"They are reviewing all the available data and associated analysis, assumptions and modeling undertaken to inform the definition of the search area," Australian Transport Safety Bureau communication officer Dan O'Malley told CNN on Wednesday.

Thomas said there had been suggestions the meeting may decide to extend the search for MH370 beyond the current search zone.

The meeting is due to run until Friday.