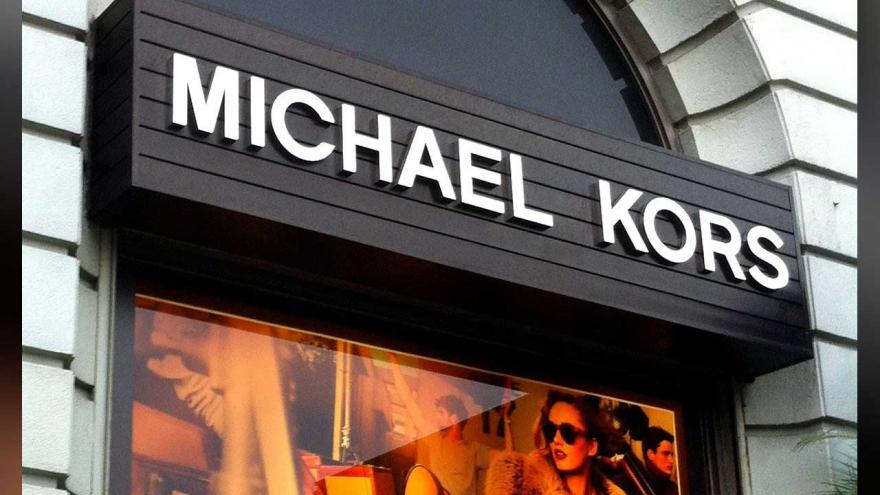 NEW YORK (CNNMoney) -- Another day, another dose of bad news from the world of retail. Clothing and accessories company Michael Kors announced Wednesday that it will be closing 100 to 125 stores in the next two years.

Michael Kors (the company, not the namesake designer and former "Project Runway" judge who is known for wearing black) also announced that its sales fell in its most recent quarter and that its outlook for the rest of the year will be worse than expected.

The company did not disclose which stores will be closing. It also did not say how many jobs might be lost as a result.

It simply said in its earnings release and during a conference call with analysts that it expected to eventually save $60 million a year as a result of the closings.

Michael Kors stock tumbled nearly 10% on the news to the lowest level in more than five years. Shares are now down 24% so far in 2017.

Another handbag maker, Vera Bradley, reported decent results on Wednesday though -- and its stock rallied on the news. But Vera Bradley shares are still down more than 20% this year.

The challenges facing Michael Kors are the latest signs of how tough it is for many companies, even those who cater to the more affluent, to thrive these days -- especially if they have stores in malls that are losing traffic.

Competition in the accessories business is getting more intense. Michael Kors competitor Coach is in the process of buying another handbag maker -- Kate Spade.

Amazon, of course, is making life more difficult for all retailers.

Michael Kors CEO John Idol did note in a conference call with analysts that his company has a partnership with Amazon to sell Michael Kors-branded watches on Amazon. But Michael Kors also intends to compete with Amazon.

Idol referred to Amazon as "an incredible company" and "the most successful online player in the world" but he added that "our focus is going to be on our own e-commerce businesses."

Michael Kors could face a challenge from a resurgent Walmart too, particularly online. Walmart has been on a buying binge lately, scooping up several e-commerce sites, including women's clothing and accessories retailer ModCloth.

So Michael Kors needs to step up its game. Right now, Wall Street seems to think that the company's outlook is, to quote one of the designer's trademark "Project Runway" zingers, "sadness personified."