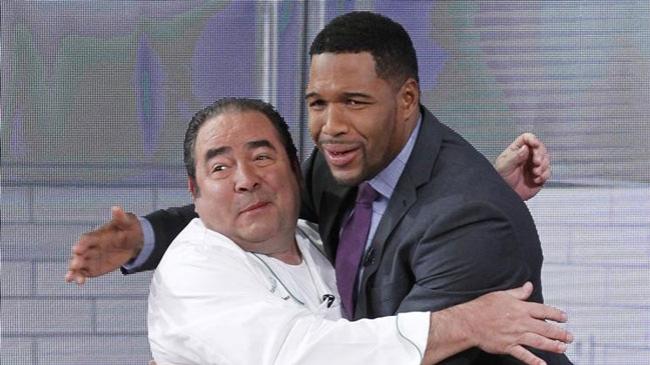 ABC News announced Michael Strahan is expanding his role on Good Morning America in September and will leave LIVE with Kelly and Michael.

Since 2014 Strahan has joined the GMA team twice a week while co-hosting LIVE with Kelly and Michael.

As he takes on his new duties at GMA, he’ll end a four year run at the daytime talk show.

In 2012 Strahan was chosen to co-host LIVE after a 10-month search for a replacement for Regis Philbin.

LIVE will kick off the search for a new co-host when the new season begins in the fall.

“Over the past two years on GMA, Michael’s proven to be a tireless and versatile broadcaster with an incredible ability to connect with people, from veterans and all kinds of newsmakers to a host of modern American cultural icons,” said James Goldston, president, ABC News.  “He is a great modern thinker and leader, and with our brilliant team in front of and behind the cameras, he will help us drive forward into a very exciting future.”

Strahan has brought GMA viewers a wide range of interviews and stories, from a remarkable reunion of two Green Berets who survived a firefight in Afghanistan to a visit with Jennifer Lopez to her childhood neighborhood.

"I look forward to continuing to work with the incredible team at GMA. It is an exciting opportunity to be able to bring unique stories and voices to the audience,” said Strahan.

He added, “My time with LIVE with Kelly and Michael has been transformative, and my departure will be bittersweet. Kelly has been an unbelievable partner, and I am so thankful to her and the entire team. I am extremely grateful for the amazing support I've received from all of the fans."

Upon his retirement in 2008 from the NFL, where he played for 15 years for the New York Giants, Strahan began his career in television as an analyst for FOX Sports.

He will remain a co-host of NFL on FOX.