Michiana joins in with worldwide March for Science with 1,128 marchers 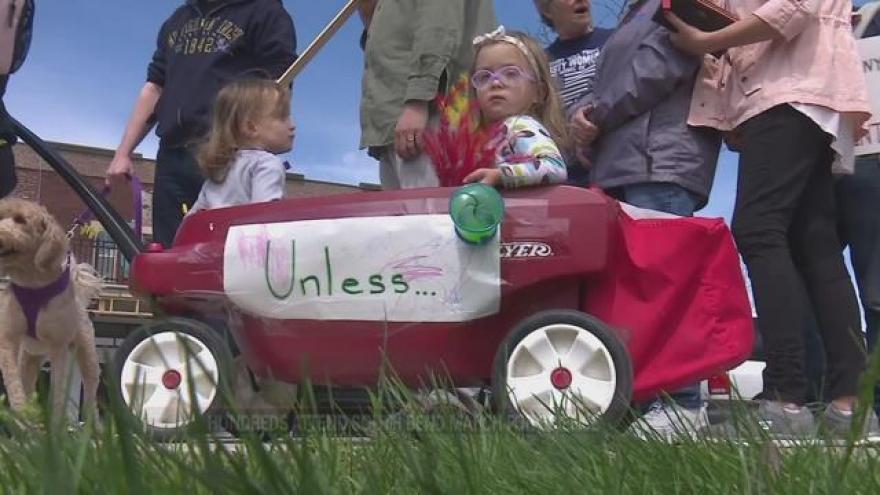 With more than 500 Marches for Science planned around the world, Michiana had one of their own.  At final count, 1,128 people marched in solidarity, hoping to spread the message that science is important.

Everyone has their reasons.

Some reasons were personal, but all with the same bottom line.

The first ever March for Science was held worldwide on Earth Day, a day to remember and celebrate Mother Nature,  Michiana made sure to step up to join them,

"The March for Science is just to get out facts and to raise awareness to the community that science does matter, and it affects all of us in hundreds of different ways," explains Sasha Westfall, a marcher.

There, participants gathered to hear guest speakers, see demonstrations, and learn more about science and the world.

Faced with potential cuts to the EPA, in addition to proposed decreased funding for science education programs, many, including kids, hoped that this march would shed some light.

"I hope that science will be known as real, and scientists will be able to share everything of what is happening in this world," says 10-year-old Haley.

The next generation was a big concern for many of the marchers.

Kissel says she's doing it for her two young girls.

"I just want my children to grow up in a place where the air is good to breathe, and the rivers don't catch on fire," she says .

Others are marching for those not even born yet.  They are determined to take responsibility to ensure a future that they can count on, and standing together to do it.