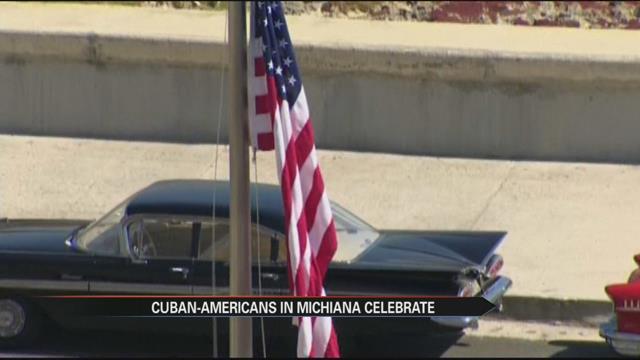 It’s a big day for American and Cuban history. The American flag was raised again at the embassy in Cuba on Friday.

A historic moment for two countries is also a very personal moment for one Michiana man.

“I love what’s going on now. I see the progress coming and i can’t wait to go back and forth freely,” Santiago Nunez said.

Nunez was born in Cuba before communist rule, but during his childhood, the country began to change,

He left the country as soon as he could, and came to the United States in 1985.

“I love the freedom,” Nunez said.

Now he owns a tailor shop in South Bend with his wife.

But he has been worried about family and friends still in Cuba.

“I hope with this movement that is going on now, things will progress in my country,” Nunez said.

He’s looking forward to visiting home again, to meet his grandchildren for the first time.

“I’m planning to go over there and visit, see my family,” Nunez said.