ST. JOSEPH, MICH -- While Michiana saw heavy rain this week, we missed the heaviest rain that hit Midland, Michigan which caused major flooding. From May 15-20, most of Michiana received one to two inches of rain. 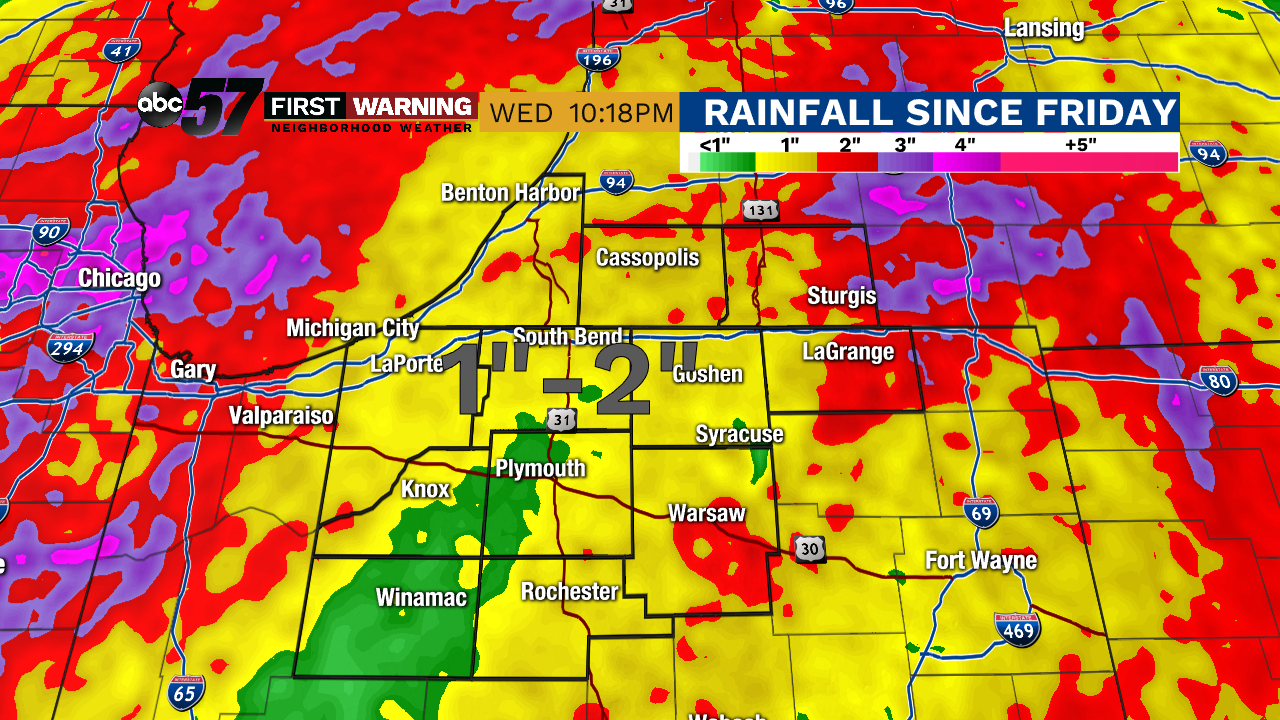 Areas upstream of Midland, Michigan saw four to five inches or rain since Friday, most falling Monday and Tuesday of this week. 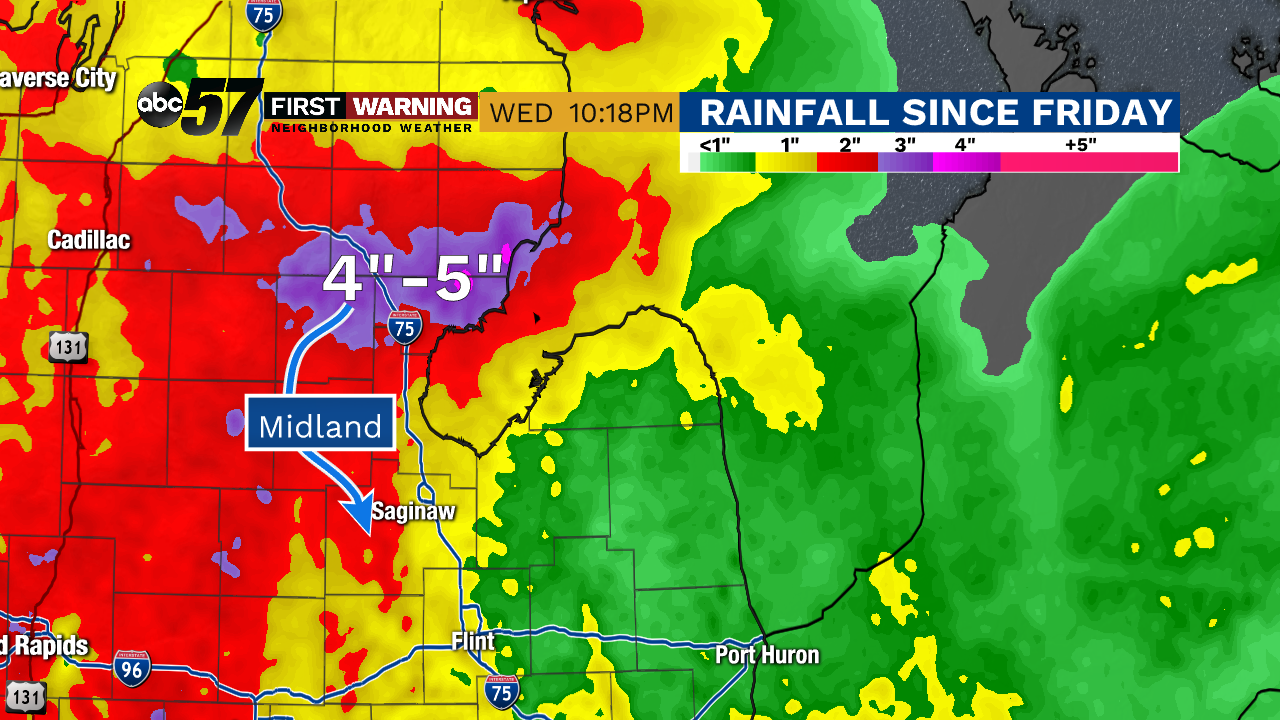 Late Tuesday, the Edenville Dam collapsed, sending water rushing into nearby towns, including Midland, along the Tittabawassee River. Later, the Sanford Dam also collapsed, leading to additional flooding of the area. Heavy rain is the most likely greatest contributing factor to the dams failing.

Not often you see Flash Flood Warnings for a river. 2”-3” inches of rain in the last 48 hrs. Over 4” since Friday. Confirmed trough @CoCoRaHS reports. #miwxpic.twitter.com/6GfKH1AGSY

In Michiana, our one to two inches of rain from the week has not caused as extreme flooding along our rivers. The Saint Joseph River at Niles and Elkhart was at the minor flood stage on Wednesday. Other rivers were at the near flood or below flood level stages. 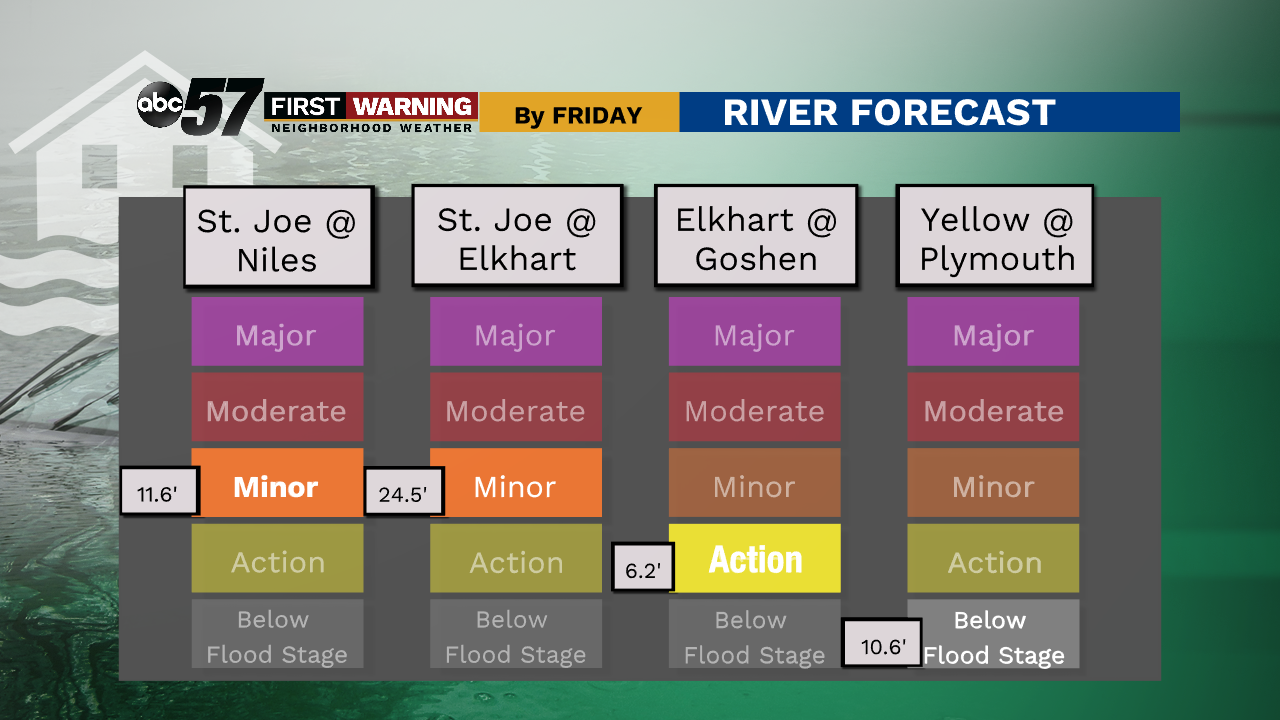 Our recent rainfall was enough to cover Rivertown Park (St. Joseph, Michigan) in water on Wednesday. The St. Joe River flows into Lake Michigan. The lake already has record water levels, so water in the river is draining slower than normal. Add our recent rainfall into the mix, and the water has nowhere to go except the land surrounding the river.

A mostly dry forecast will give our rivers a break and will allow water to recede slowly through the weekend.