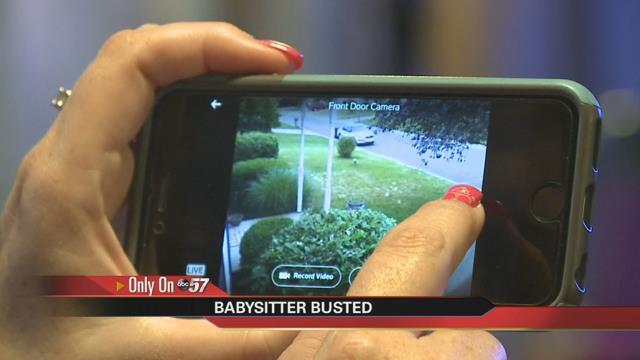 Osceola mom Sarah Holmes was looking for summer child care for her kids, 3-year-old Avery and 5–year-old Ethan, when a friend recommended a 19-year-old woman from Mishawaka.

Holmes invited the woman over to meet her kids and get to know her. Holmes and her husband say they felt confident leaving her with the kids because of her previous experience.

“This is the first time we’ve ever had anyone in our home to watch our kids like this and I was feeling good about it,” said Holmes.

Tuesday was the sitter’s first day on the job. Holmes says Wednesday would be her last.

Only a few minutes away, the kids’ grandmother stopped by the house to check.

“I was furious. Nobody was here but the kids,” said Pamela Scarberry, Avery and Ethan’s grandmother.

The kids were fine when their grandmother arrived but she fears it could have been much worse.

The babysitter was immediately fired.

When Holmes wrote this post on Facebook, she found other parents had a similar experience with the same babysitter.

“I just want people to be careful and I guess my main concern is don’t hire this person,” said Holmes.