MIchiana non-profits join together to help the needy 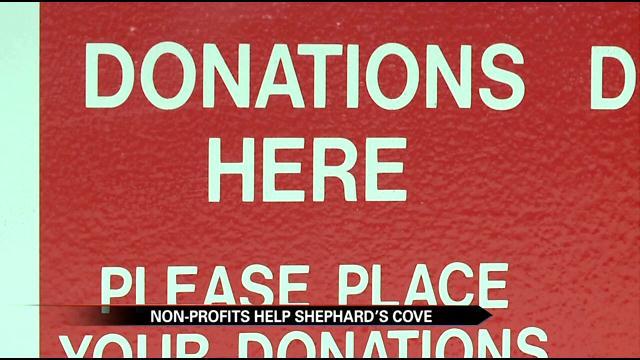 This Christmas many Michiana families in a financial bind can have a worry free Christmas. And it is all because of the combined efforts of two Michiana non-profits.

Michiana and Chicago Five for the Homeless and Shephards Cove have joined forces. And they've helped make Christmas a merry time for more than four thousand people.

In fact, Shepherds Cove, which is in Elkhart, gave away clothing to about half that this past weekend.

Cove does what they call "preventative homelessness" for people who are facing hard times financially. Michiana 5 is more about helping those without a place to lay their heads.

They've got a bit of a wider scope than cove, working in Chicago twice a month.

Despite being under the same roof, the two non-profits don't usually work together.

But felt they could make a greater impact together this Christmas. And they say the results have been rewarding.

"We saw many people that just started crying," Sharlee Morain. "They would say I wasn't going to have a Christmas until you came in. That just makes your heart so warm. It's just great. "

If you would like to spread holiday cheer this season, you can donate at Shepherds Cove on Lusher Avenue in Elkhart.