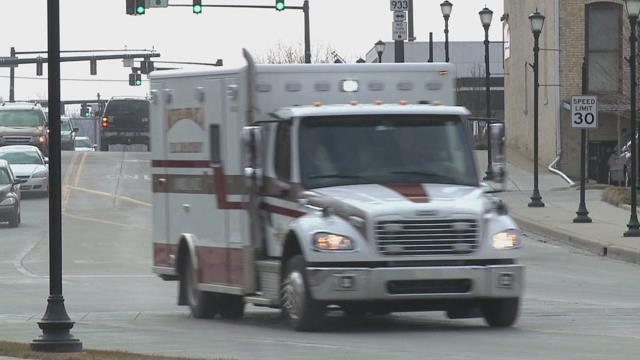 Super Bowl 50 is just two days away and while some will use the big event as a time to relax and enjoy the game others will be making an extra buck.

Uber drivers are hoping many people will use the app so they can take them to those restaurants.

Police are working overtime to have extra officer out on these streets.

“Lots of people will be hosting a lot of parties. We will have a lot of people going out to the local establishments,” says Lt. Tim Williams with St. Joseph County F.A.C.T

Williams knows that for many, Super Bowl Sunday means football, food, and drinks.

“We know there will be drinking of alcoholic beverages,” says Lt. Williams.

One local restaurant says this weekend they expect football, food, and drinks to bring in a crowd.

“Yea the Super Bowl is really big here surprisingly ya know people like the TVs and they love our beer and our food,” says Dan Walker the General Manager of Evil Czech Brewery.

Walker says seven TV’s will be showing the game and the taps will be flowing.

“You can buy all the beer you want here on Sunday,” says Walker.

Nine police agencies in St. Joseph County will be working overtime this weekend to crack down on drunk drivers. Lt. Williams suggests making plans for a safe ride home.

“It’s a lot cheaper to pay for that cab ride home or that ride with Uber than it is to pay for the bond to get out of jail for drunk driving,” says Lt. Tim Williams.

Representatives with Uber are encouraging their drivers take advantage of the high demand many are expecting.

“Uber says it’s going to be busy and with it being busy like that I know there are probably going to be a lot of rides,” says Eli Boskovich an Uber Driver.

Boskovich says during local sporting events the notifications on his phone are non-stop.

He can only imagine how busy Super Bowl 50 will be.

“It should be real nice for my pocket,” says Boskovich.

Whether your goal is to have a good time or make an extra buck this Super Bowl Sunday. Police just want you to driver sober.

“That’s our whole goal to prevent that tragic event that could happen during these times of a year when we are out celebrating something that is fun and enjoyable,” says Lt. Williams.

The DUI crack down in St. Joseph County starts Friday night and will last until early Monday.