Michiana reacts to the death of Pat Summitt 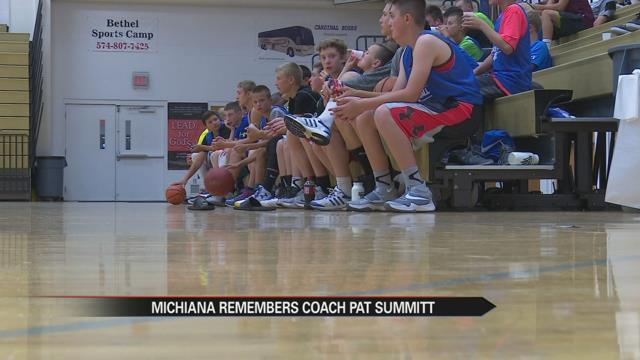 People across Michiana are continuing to mourn the loss of Pat Summitt. Many say Summitt was a coach’s coach whose lessons transcended the game.

“Every coach that has been coaching especially as long as I’ve been influenced by Pat Summitt somewhere along the line because it doesn’t matter gender she was a great coach no matter what,” says Mike Lightfoot Bethel College Men’s Basketball Coach.

Lightfoot says his 30 years of experience have been influence by Summitt.

Her solid record of the most wins in NCAA division one history made her a respected woman in the basketball world.

Here in Michiana many also remember her for the fight the volunteers put up against the Fighting Irish.

“Last time I saw Pat she was here at a Notre Dame game and you could tell that there wasn’t something quite right. Things weren’t going as well mentally as they were in the past,” says Lightfoot.

The last game Summitt coached against Notre Dame was in 2011 before being diagnosed with early onset Alzheimer’s.

Early Tuesday morning pat lost her battle at the age of 64.

“64 years old is awfully young now to lose a great coach and a great leader of basketball,” says Lightfoot.

Lightfoot says if it was not for her illness, he believes Summitt would have coached longer.

“She wanted to see people become their best and she demanded a lot she expected excellence in all that she did and what her players did,” says Summitt.

Lightfoot says he will use this week of basketball camp to pass on lessons from Summitt to these young men in Michiana.

“We have an opportunity in a short week here to influence them and help them get better as a basketball player but more importantly we will make them a better person while they are here so that’s what pat summit really wanted,” says Lightfoot.