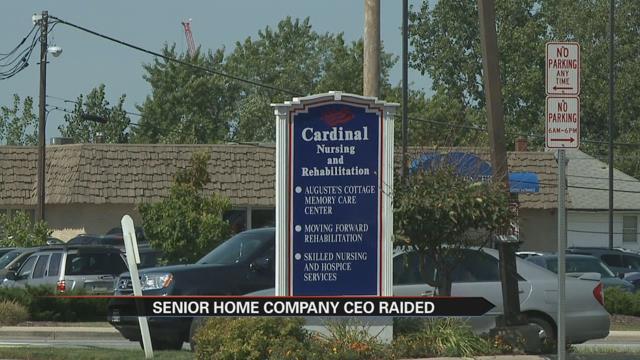 Tuesday, agents from the the FBI and IRS searched the Indianapolis home of James Burkhart, CEO of American Senior Communities.

The company owns several nursing homes in Indiana, including two in St. Joseph County and two in Elkhart County.

South Bend residents of one of those locations, Cardinal Nursing and Rehabilitation, say they haven’t noticed any changes.

In Indianapolis it was a much different story.

A source told the ABC affiliate in Indianapolis, RTV 6, that the investigation is looking into accusations of Medicare and Medicaid kickbacks.

The FBI has not confirmed this.

As of Tuesday, American Senior Communities has not returned calls from ABC 57.

Farmer says even though the CEO of the parent company’s is under investigation, that culture has not showed up at Cardinal.

“I’m happy here. I mean, if I have to be someplace, I’d like to be at Cardinal, because they have activities,” Farmer said.

Her happiness with the local staff makes the events in Indianapolis, that much more strange to her.