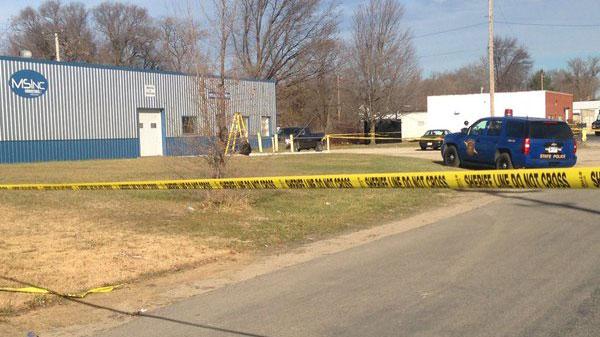 Police are investigating a fatal shooting near Napier and Milton Street in Benton Harbor that happened Friday just before 9 a.m.

Benton Township Police say 53-year-old Dave Krieger, an employee of Michiana Supply Company, went outside to the parking lot because he saw a man kicking a dog.

The man who was kicking the dog pulled out a gun and allegedly shot Krieger in the chest.

“This was random. They didn’t know one another. Mr. Krieger saw him kicking the dog and was asking him to stop and that’s when he pulled out a gun and shot him in the chest," Berrien County Sheriff Paul Bailey said.

Krieger died at the scene.

Officers searched the area for the suspect.

Police located the suspect, identified as 30-year-old Roy Thompson, at a home on Agard Avenue in Benton Harbor just before 2 p.m.

Thompson was arrested and faces charges of open murder, felon in possession of a firearm, felony firearm and carrying a concealed weapon.

The dog who was kicked is alive, according to police.