Michiana transgender woman says she was forced to use men's room 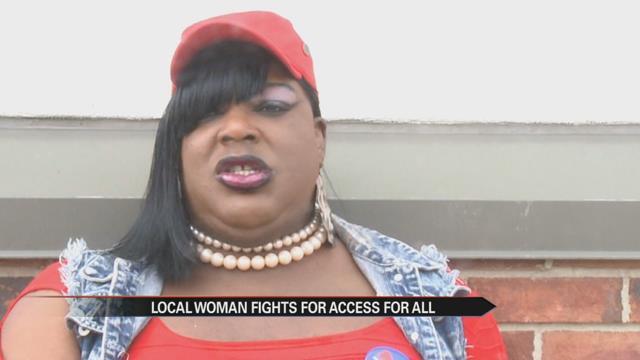 During a national conversation about restrooms and the transgender community, a Michiana woman is fighting to use the restroom she chooses.

“I have used the woman’s restroom for over 21 years now,” Onasses said.

Until last month, when Onasses says a South Bend Transpo employee forced her to use the men’s room at the station on Michigan Street.

It didn’t stop there.

Onasses says the employee posted photos of her on Facebook, mocking her.

“It was tragic for me,” Onasses said.

Onasses filed a complaint with the South Bend Human Rights Commission and with Transpo.

A representative at Transpo says they’re conducting an internal investigation.

While they do have an anti-discrimination code, they don’t have a restroom code yet.

In fact, for many businesses in Michiana, gender neutral bathrooms are a new concept.

“When we first started out, we intended to have two separate bathrooms, one for women, one for men,” Andrew Eleganta, owner of South Bend Brew Werks said.

However, before opening, gender-neutral bathrooms were suggested to Eleganta.

“From an inclusivity and diversity standpoint it was an easy yes,” Eleganta said.

For bigger businesses, it isn’t so simple.

The Occupational Safety and Health Administration requires businesses with 40 or more employees to have more toilets, and larger restrooms need gender designations.

Onasses says no matter what signs are on the doors, she wants to choose where to go.

"It doesn’t matter what I portray myself as, I want to be respected as that,” Onasses said.