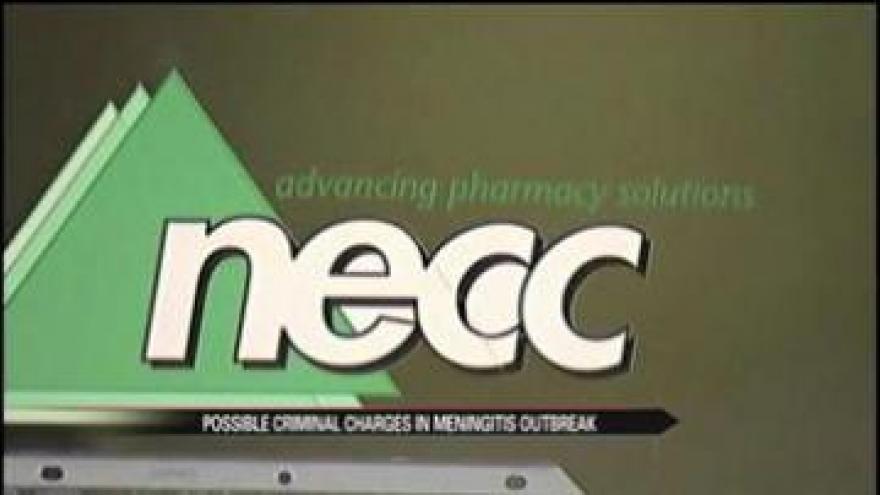 BERRIEN COUNTY, Mich. -- The Michigan Attorney General announced Monday the state is coordinating its investigative efforts with federal investigators into the company that distributed steroid shots contaminated with meningitis. The possibility of criminal charges could bring justice for victims in both Indiana and Michigan.

The victims said they would like to see the New England Compounding Company, the company who distributed the shots, punished in some way for what the illness put them through and for the lives that were lost because of it.

"OSMC, which is the place where I received the shot calls me. And they say by law we've got to tell you that you've been possibly tainted by some bad steroids. Do you have the following symptoms? And I had them all," said Jack Pavlekovich.

Just over a year ago-the New England Compounding Company recalled steroid injections because there was a possibility they were contaminated with fungal meningitis.

According to the CDC, the virus infected 751 people in 20 states, and killed 64 of them.

In Michiana, St. Joseph County Clerk Terri Rethlake contracted meningitis last fall after she got a steroid injection for chronic back pain.

But because the NECC is now bankrupt she doesn't think there will be much, if any, monetary compensation for the victims.

"I don't really expect whole a lot of money from the civil suit and that wouldn't help the people who died an way," said Rethlake.

Former county police officer Jack Pavlekovich is barely able to walk or stand up on his own after he went through treatment for meningitis.

He now spends his retirement going to doctor appointments and his two children say they live in fear their dad will relapse.

No matter the outcome in the civil suit or the criminal suit, both Pavlekovich and Rethlake say they hope some kind of justice is served.

"It would probably give us all a little peace to know that they had to face what they've done," said Rethlake.

"They hurt my family. And I wish that they were prosecuted until the end and seen behind bars," said Pavlekovich.