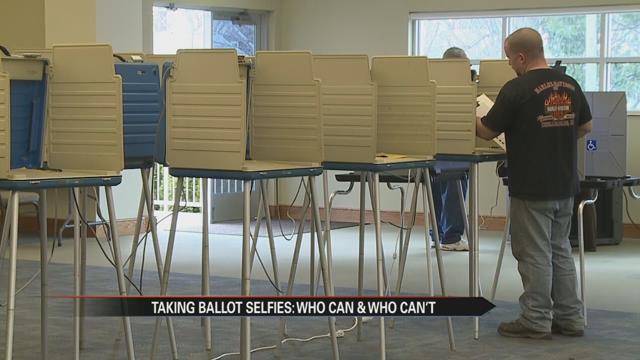 The election is a little more than a week away and many of us may want to share our joy in doing our civic duty by taking a ballot selfie.

But, taking a selfie while casting your vote in Michigan can get you into some legal trouble.

Earlier this week, a lower court ruled that taking selfies while voting were allowed in the state. They believed banning selfies was a violation of freedom of speech.

But now, officials say because of timing and possibly invading voters’ privacy, they reversed the decision.

Ballot selfies gained a lot of attention this week when Justin Timberlake snapped a selfie of himself casting an early ballot in his home state of Tennessee. He had to delete the photo because the local prosecutor’s office said he violated the law.

Since the photo was taken, people wondered “Can I take a selfie in my state?”

As of right now, ballot selfies are legal in nineteen states including Minnesota, Vermont, Connecticut and right here in Indiana.

It is illegal in eighteen states. As for the remaining thirteen, it’s unclear what the exact rules are.