Michigan bus driver crashes after being asleep at the wheel 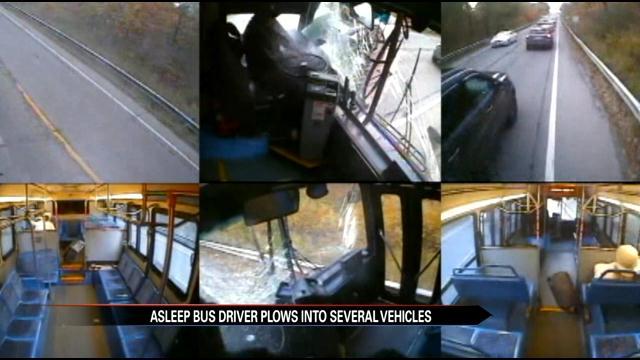 Dramatic video out of West Bloomfield, Michigan shows a bus driver asleep at the wheel.

Cameras caught the driver slamming on the brakes so hard, he has to stand up.

Unfortunately, he couldn't stop in time and plowed right into seven vehicles and sent them into oncoming traffic.

In multiple camera angles, you can see the windshield of the bus fall out.

It happened in October 2014 in West Bloomfield and the driver quickly admitted to investigators what happened.

"I fell asleep coming down that hill," admitted the bus driver.

A husband and wife in the first car hit by the bus had serious injuries.

There was also one person inside the bus at the time of the crash, but she was okay.

As for the 65-year-old bus driver, he's now facing a criminal charge of a moving violation causing serious impairment of body function.

He pleaded not guilt in court Wednesday.

He tells ABC News, he has a medical issue and is sorry for what happened.