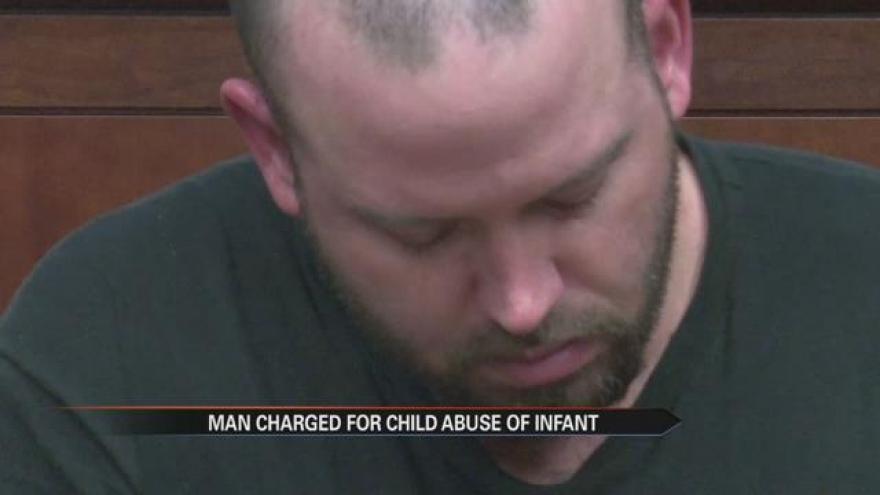 A Michigan three-month-old baby is in the hospital with broken bones and a bleeding brain. Officials say 33-year-old Bradley Penley is to blame.

Friday afternoon, he was arraigned for causing serious bodily harm to that infant, and is facing a felony charge of first degree child abuse.

Penley's bond was set at $1 million, in part due to the severity of the crime, and due to his 15 prior convictions.

"The child in this matter was three months old at the time of the offense. That child received bilateral skull fractures that resulted in intercranial bleeding," said Assistant Prosecuting Attorney Jeffrey Taylor in court. "It's a life threatening injury and the child is still presently hospitalized."

The baby is also suffering from broken ribs, femurs, and tibias.

Penley is not the child's biological father.

"The three month I was supposed to adopt when his mother and I get married this spring," he said in court.

He was arrested Thursday after Michigan State Police were called to his Weesaw Township home.  The court documents detailing exactly what happened are not currently available.

Penley looked somber in court.  He had his head down and avoided eye contact much of the time.

His public defender had only just learned about his case, moments before his appearance, and did not have time to prepare.

According to the court, Penley has a criminal background, including assault, battery, and substance abuse.

ABC57 News obtained a prior conviction for a DUI, for which he is currently on probation for, until September 2018.

Penley seemed confused and upset by the fact that he would not be able to contact the baby's mother or family.

Judge Donna Howard was firm in that he was to have no interaction with the victim's family at all.