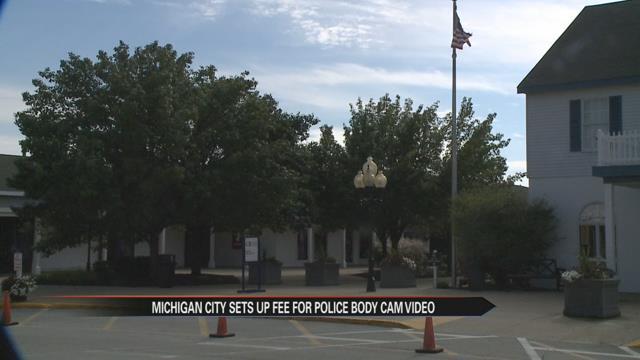 Following new state laws established in early July, Michigan City is locking down their procedures when it comes to obtaining police video.

At the September 6th council meeting, the ordinance regarding the cost of the footage passed to an eight to one vote.

The city’s mayor signed the new ordinance this week, setting the fee at the state’s maximum, $150.

While council member Bryant Dabney says he agrees that police footage should be made available to the public, he believes the $150 fee is too high.

“Where I come from, my ward which I represent  there are a lot of people where that 150 dollars is a lot of money and personally I thought the city could eat that cost, there’s a lot of concern,” said Councilman Dabney.

Michigan City resident Rodger McKinley says the steep price will make it tough for many to afford.

“Once they find out they’re having to pay for it then that kind of deters you from wanting to go get it and I’m thinking that’s pretty much what it’s actually doing also and that’s not right,” said McKinley.

Whiling getting a copy of the footage will cost you, it can still be viewed for free by going to the police station.

Also in effect, regulations concerning whether or not a person is allowed to view the footage based on their involvement. The viewer must be involved, related to or representing someone in the video.