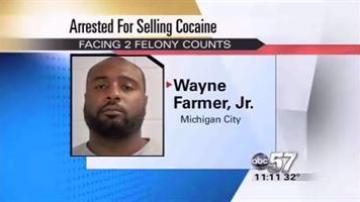 The D.E.A. said that Farmer was dealing cocaine.

Someone called a tip line and told police that he was selling the drugs.

According to The Federal Bureau of Prisons, Farmer was released from ther custody in June of 2012 on a drug related offense.