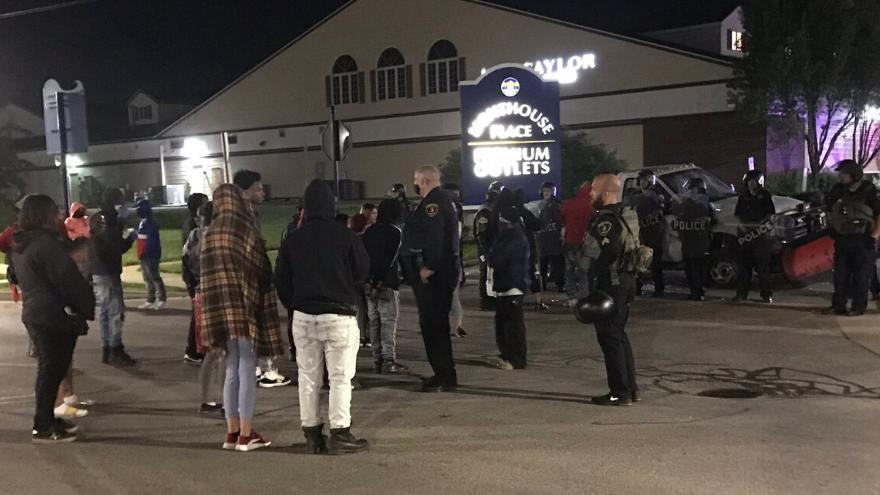 MICHIGAN CITY, Ind.—Michigan City Mayor Duane Parry released a statement on Monday following protests over the death of George Floyd erupted in the city on Sunday.

A crowd of protesteres marched through the city on Sunday starting around 6 p.m. local time.

The mayor shared the following statement:

“As a nation and in our community, we have witnessed and shared in the grief over the tragic death of George Floyd in Minneapolis. We also have seen the protests and sometimes violence and destruction that has occurred in some cities.

I was notified by our Police Chief, Dion Campbell, of a planned peaceful protest scheduled for Sunday at 6:00 pm. Our Police Chief and his staff prepared for this event and developed a strategy to have a peaceful protest with minimal incident. I spent the afternoon and evening at the M.C. Police Station and was kept informed of what was happening in our City.

I want to thank the demonstrators who peacefully exercised their right to free speech. The protest was motivated by a desire for justice, equality, and accountability in the United States.  I am angered and disappointed though by the individuals who chose to engage in unnecessary acts of violence and destruction, which undermined the true meaning of the protest. In these unpredicted times, we must all work together to achieve change.

Again, my thanks and appreciation to Chief Campbell for his courageous leadership and the unselfish dedication of the men and women of the Michigan City Police Department and all the assisting agencies.”