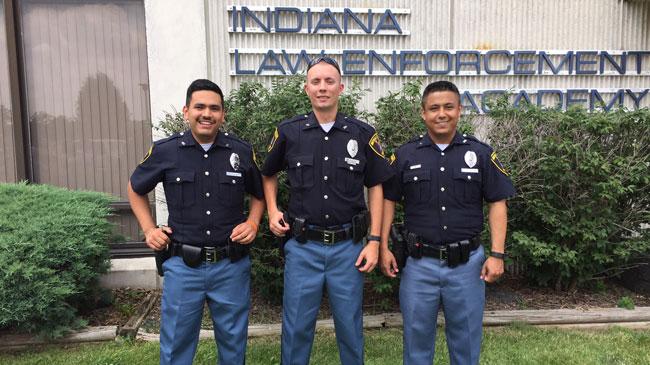 Nick Baker, Nicholas Charo and Louis Gallegos were hired on November 16, 2015 and began their training on March 14, 2016.

They graduated on June 24.

At the academy they received training in firearms, defensive tactics, emergency vehicle operation and criminal law.

Before going to the academy, they received one month of training at the local academy and completed two months of a four month field training program.
All three officers will complete their field training over the next two months and will be evaluated, then will work on their own.