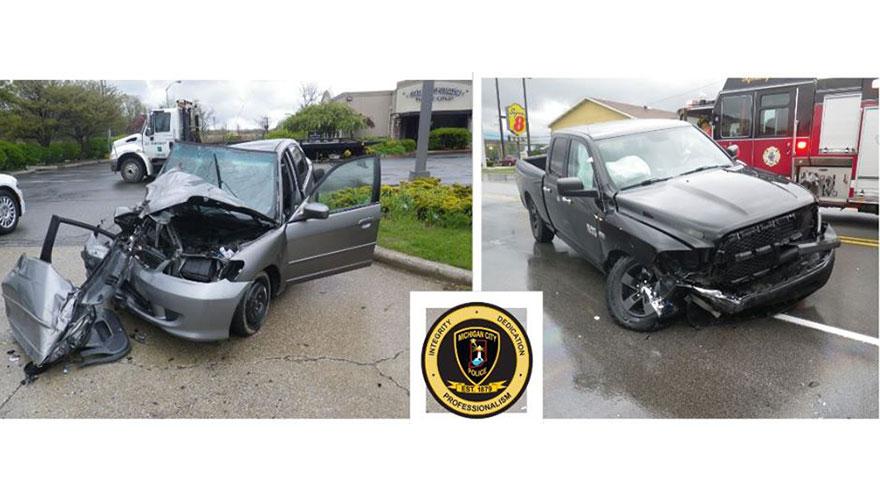 Police were called to the 5800 block of Franklin Street just after 11 a.m. in response to a crash between a Honda Civic and Dodge Ram.

A passenger in the Honda, 22-year-old Brandon Sparks, was pronounced dead at the scene. The driver, 47-year-old Douglas Sparks, died at the hospital.

The driver of the Dodge was not injured.

Police said Douglas was traveling southbound on Franklin Street when his vehicle began drifting left of center into the northbound lanes and collided head-on with the Dodge.

The crash remains under investigation. If you have any information in this case, please contact Captain Jeff Loniewski at 219-874-3221 ext. 1008.