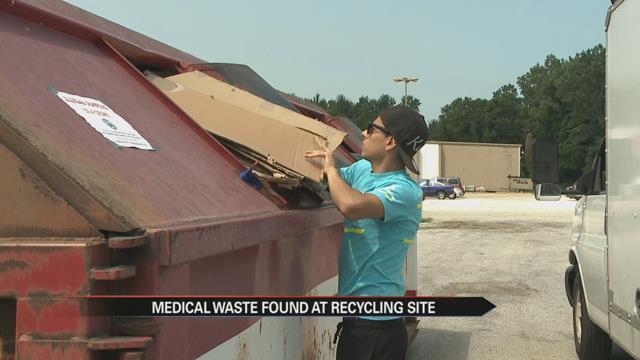 Michigan City Police are looking for a person who dumped boxes filled with bags of urine and other waste at the city’s only recycling drop off site.

Three yards is apparently not enough for some recyclers because they’re dumping their trash outside of the city's only designated recycling bin.

And now residents are upset.

But they are not shocked.

"I’ve actually come out here before and they had a door with just broken glass all over it,” said Kevin Hudson.

This bin was emptied Wednesday but Thursday afternoon it was filled almost to capacity.

“It’s usually really, really full, so we have to pick and choose what days we can actually come and drop a shipment off," said Pappas.

"Bags of used solution, there were some gloves, even a few syringes leftover from a dialysis patient from home,” said Ebaugh.

It's a problem that shut down other recycling sites.

“Over the past 2 years we’ve removed 3 bins,” said Ebaugh.

And responsible residents don’t want to see this last one removed as well.

"They took it away, the same thing is going to happen here," said Hudson. "People are just not responsible."