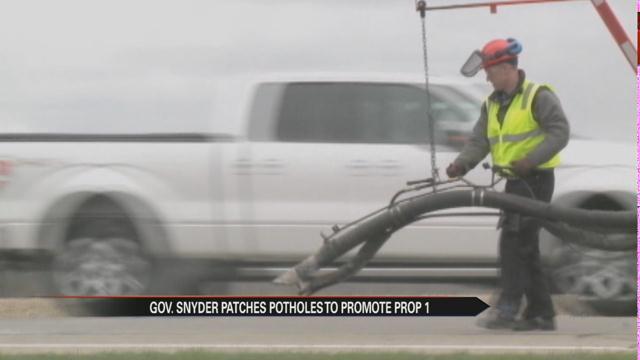 There's less than two weeks until Michigan voters decide the fate of the state's bridges and roads.

Proposal 1 would put $1.3 billion dollars a year to repairing roads, but that would mean agreeing to a 7% sales tax hike.

Cameras recorded the work and featured the Governor as well.

Right now, crews are only patching roads, not repaving them.

Snyder made a pitch to the media along M-37 on Proposal 1.

"Let's figure out how to make an investment so we don't need to do as many patches, just build better roads to begin with," said Gov. Snyder.

Finding a long-term solution to funding road repairs and construction has been the Governor's top priorities for years.

On May 5, voters will decide if they agree with the current plan from lawmakers.