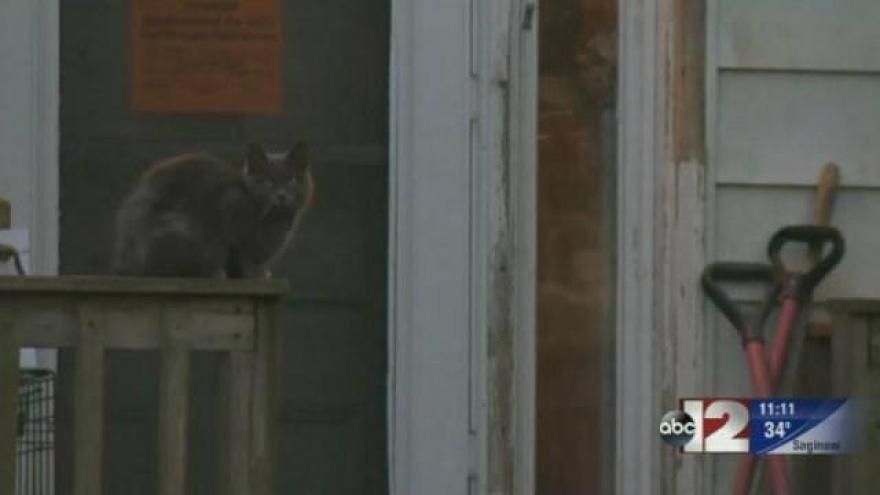 Gaines Township, Kent County, Michigan -- A Genesee County home was condemned Monday evening after the discovery of dozens of cats on the property.

The home is in Gaines Township home on Grand Blanc Road between Van Vleet and Nichols.

We're told a 60-year-old man who lives there hadn't been seen in a couple weeks, so a neighbor came to check in.

The front door was open and a window too, so they called police.

Police arrived to find no resident, but 30 cats or so coming and going in varying degrees of health with scarce water and no food.

The fire department was called to help out at the scene.

Tuesday morning, Genesee County Animal Control came out to the home. They were there to see the condition of the estimated 30 cats that were seen inside and out of the home.

Animal control put some food out for the cats, but without a search warrant, they aren't able to go inside of the house.

They're working with Gaines Township Police to get a game plan together to see how to move forward.

Animal Control is on standby to see when and if they can come in and do a proper examination.

We're told there weren't just more than 30 cats inside, there was also a hoarding situation. According to the police chief, it appears it's been going on for a while.

Thankfully, the resident was later located at another residence in Argentine Township.

There is no word yet on if he will face any charges in the case. According to a Gaines Township Ordinance, you can legally only have four cats.