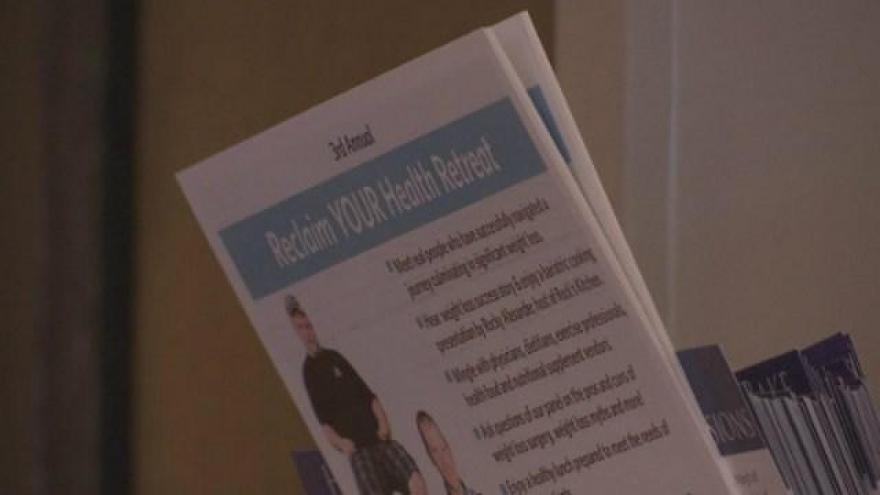 Saginaw, Michigan -- A Saginaw hospital is hosting an opportunity for women to shed some pounds.

"This is just a way to realize that this journey is one, achievable and that they can do it," said Lisa Guyton, bariatric center manager for St. Mary's of Michigan.

Guyton knows firsthand how tough it can be to reclaim your health. She is the bariatric center manager, but she is also a patient.

After undergoing three weight loss surgeries filled with complications, Guyton said she finally had success with her health only after bariatric surgery.

She wanted to help others going through the same thing she did.

"I thought this up a few years ago and it's something that isn't out there. There's nothing that's just about that patient," Guyton said.

The Reclaim Your Health Retreat is geared toward bariatric surgery. Guyton said it's a great way to start asking questions.

"We have a panel of experts. There's surgeons, psychologists, plastic surgeons, dietitians, patients. And you can ask any of that group a question," Guyton said.

Even though bariatric surgery could be viewed as a high-risk, invasive procedure, fellow bariatric patient Carmen Mora said in her case, the pros outweighed the cons.

She said she had a wake up call after he first appointment.

"Well, I was more overweight than I thought I was. I was 262 pounds," Mora said.

Mora, who is now down 124 pounds, will be a speaker at this weekend's event.

Event organizers hope it could save a few lives.