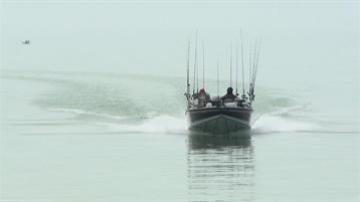 ST. JOSEPH, Mich -- Michigan state lawmakers are drafting a bill that would hold boaters to the same drunk driving standards as those on the roadways.

"You don't have stop signs, you don't have to wait for anyone," angler Andrew Czuk said. "You just go wherever you want."

He's been fishing for years, and enjoys the freedom it brings.

Sometimes, he likes to add to the experience, and have a drink or two with some friends. So when he found out Michigan lawmakers are looking to restrict that, he was confused.

"I've watched people sink their boats, but I can't say it was related to alcohol," Czuk said.

He's worried law enforcement might use it as an excuse to look for other violations.

He said boaters don't have anything to worry about if they're following the law.

In Michigan, you can legally operate a watercraft as long as you're below .10, two-tenths higher than what it is for a motor vehicle.

"If you want to relax and have a few beers, you better stay on the beach," Viki Edgell, an area resident, said. "Get an umbrella, and hangout in the sand where it's safe."

But some folks said a new law wouldn't make the waterways any safer, because people do what they want regardless of what the law says.