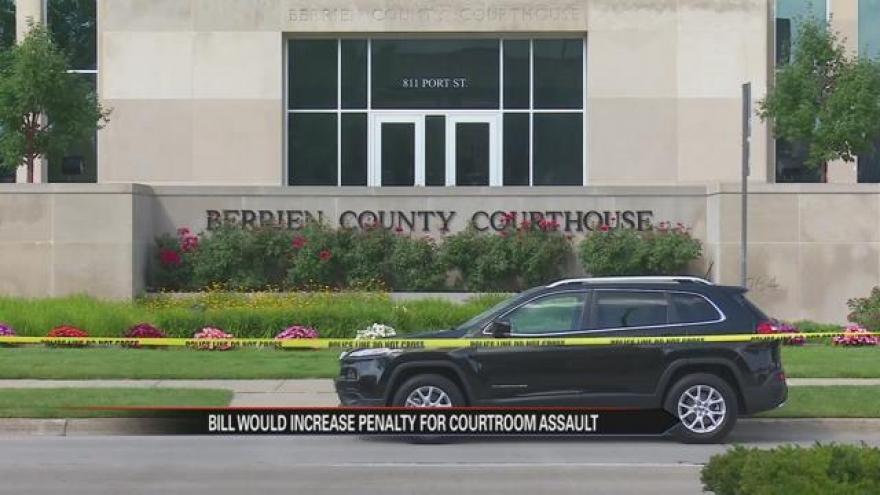 The 2016 shooting deaths of two Berrien County Bailiffs left a community stunned. Now, Michigan lawmakers are hoping to increase the protection of law enforcement in courthouses with proposed new bills.

LaSata’s bill increases the penalties for courtroom assault from a maximum of 10 years in prison to 15.

Schor’s bill adds “attempted assault” to the section of the law that criminalizes assault on personnel in the courtroom.

These bills are a response to the tragic July 2016 courtroom shooting in Berrien County and an attempted assault in Ingham County in 2016.

Each lawmaker released a statement Wednesday about why they’re pushing for change.

LaSata said in part, “My husband and many other courthouse personnel would have lost their lives that day if it had not been for the brave sacrifices made by Bailiffs Ron Kienzle and Joseph Zangaro. It is my hope that these increased penalties deter future tragedies.”

No word yet on when these bills will have their first readings in the statehouse.