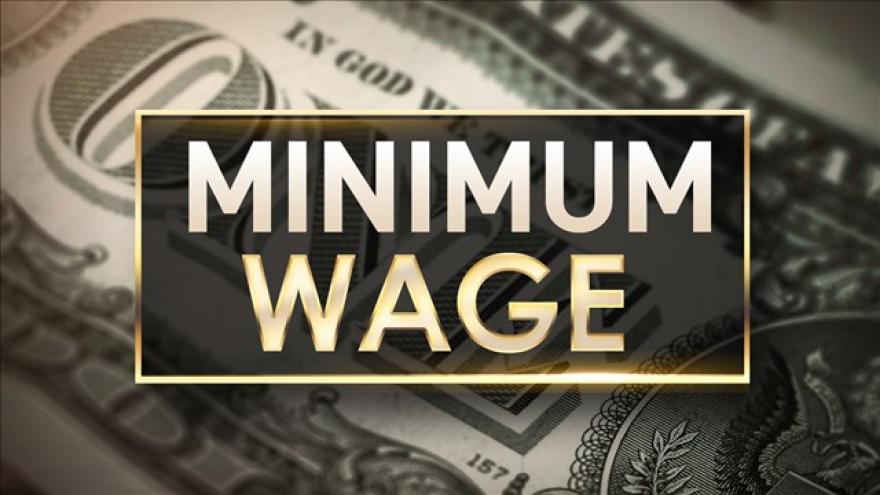 LANSING, Mich. (AP) — The Republican-controlled Michigan Legislature on Wednesday passed laws to raise the state's minimum wage to $12 an hour and require employers to offer paid sick leave — if they are not watered down before taking effect next year.

The proposed ballot initiatives could have gone before voters in November, but now they will not. Their pre-emptive passage by lawmakers is part of an unprecedented business-backed strategy — the legality of which is in question — to make them easier to alter during the "lame-duck" period in November or December. If voters had passed the measures, legislators would have needed three-fourths majorities in each chamber to change them, instead of the simple majority votes they will need now.

Many Democrats voted against the bills they support, saying they do not know what amendments are coming, including whether Republicans could try to repeal them altogether. Sen. Curtis Hertel Jr., of East Lansing, called the maneuver "nothing more than a classic bait-and-switch, a trick on the voters here in Michigan, an attack on our democracy." And Rep. Leslie Love of Detroit said it is a form of "voter suppression."

The Senate voted 24-13 to pass both bills, with three Republicans and 10 Democrats in opposition. The votes were 78-28 in the House, where more Democrats joined most Republicans in support — declaring victory while vowing to fight any attempt to scale back the laws.

Under the Michigan Constitution, legislators can adopt a ballot initiative, making it law; reject it, putting it to a statewide vote; or propose an alternative to appear alongside the measure on the ballot. Since approval of the 1963 constitution, lawmakers have adopted seven initiatives but amended just one — and it was not in the same legislative session.

The group backing the $12 minimum wage, One Fair Wage, promised to sue the Legislature if it tries to amend the measure later this year, saying it would be unconstitutional to do so this term.

Republican leaders, however, said making changes would be legal.

"We're going to consider different options, a whole suite of different things that we may think are more friendly to Michigan to make sure that workers are indeed cared for and that still provide for economic development for the state to keep moving forward," said Senate Majority Leader Arlan Meekhof of West Olive, declining to elaborate. House Speaker Tom Leonard of DeWitt said there is no plan in place yet to change the "poorly written" laws, but lawmakers will now have more flexibility going forward.

Charlie Owens, state director for the small business group NFIB, which had called for both initiatives to be kept off the ballot, credited legislators for preserving their right "to have a measured and informed debate on these issues and craft practical and sound solutions that work for the people of our state, rather than an all-or-nothing extreme mandate imposed by outside special interest groups."

Not every Republican is comfortable with the strategy.

Sen. Patrick Colbeck, of Wayne County's Canton Township, opposes the initiatives but said the GOP should have fought them at the ballot box. He called the maneuver a "procedural gimmick" and said "that's not how we should be doing things."

A spokesman for Republican Gov. Rick Snyder declined to comment on the move or the new laws, saying he would carefully review any future bills before deciding whether to sign them.