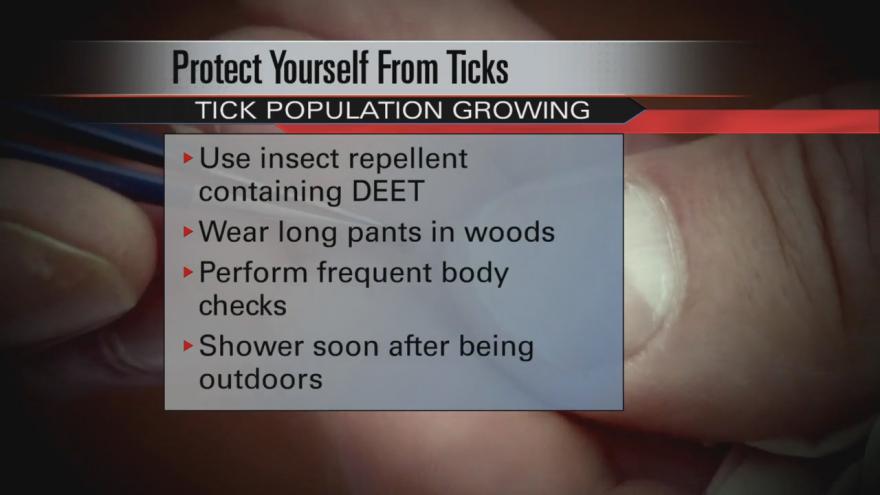 Even though 2017 is only halfway over, Michigan has already had more Lyme disease cases this year, than in all of last year.

So far, more than 270 cases have been reported while last year it was about 230 cases for the entire year.

Researchers say Lyme disease is spread to humans through the bite of infected ticks and can cause long-term illness.

Officials say the tick population, in Michigan, is massively growing.

Medics say to protect yourself from ticks you should:

The CDC says if you find an attached tick, remove it as soon as you notice it by grasping with tweezers, as close to the skin as possible, and pull it straight off.

Doctors say to watch for signs of illness, like a rash or fever in the days and weeks following the bite. If these develop, you should go see a healthcare provider.