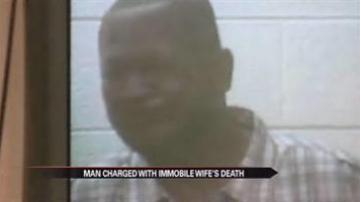 WARREN, Mich. -- A Michigan man was charged in his wife's death.

37-year-old Michael Dewayne Brooks broke down in tears during his video arraignment.

The father of four is now charged with abuse after the death of his wife of 20 years.

EMS crews in full HAZMAT gear had to extract her from the family's apartment. She died at the hospital a few days later.

Brooks was his wife's primary caretaker.

"Something I've learned recently is did have an accident about a year and a half ago and was bedridden," said David Draper, attorney.

Brooks pleaded not guilty and was released on $10,000 bond. He is expected to be back in court November 15th.