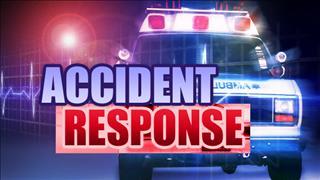 The Cass County Sheriff's Department responded to an accident Friday on M-51 near Peavine Street in Pokagon Township.

20-year-old Abigail Smith from Niles and a passenger, 21-year-old Drake Brewer of Cassopolis, Michigan were arguing as they were heading north on M-51.

During the course of the argument, Brewer opened the passenger door of the vehicle and jumped out, according to deputies.

Witnesses were able to confirm the information.

Brewer died as a result of injuries sustained in this incident.

Police say alcohol does not appear to have been a factor in this case.