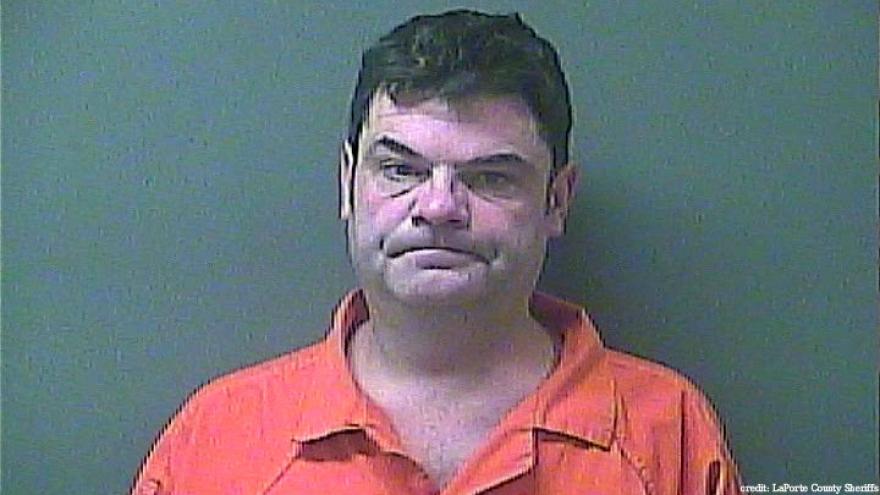 LAPORTE, Ind.—Tuesday evening, a deputy responding to a suspicious-person call attempted to initiate a traffic stop; the suspect then allegedly fled and crossed state lines.

Around 9:30 p.m., Deputy Ryan Doperalski was dispatched to the 5000 east block of Miami Trail, where he attempted to stop a suspicious vehicle.

Rather than comply, authorities say Mark A. Harrington, led the deputy on a pursuit along CR 500 East, CR 1000 North and CR 650 East.

The 48-year-old then allegedly crossed the Michigan/Indiana state line where the deputy ended his pursuit.

According to the press release from the LaPorte County Sheriffs, Sergeant Jonathan Burger then pursued the black Mercedes-Benz.

The chase ended when Harrington crashed into a tree on the 9000 north block of SR 39.

Authorities say Harrington was transported to LaPorte Hospital for treatment before being arrested for: