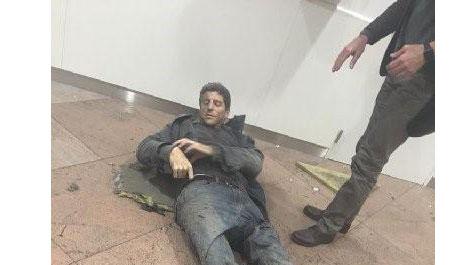 (CNN) -- One of the victims of the Brussels attacks is former Oakland University basketball player Seb Bellin, according to his former coach, Greg Kampe who found out about Seb’s injury from a mutual friend this morning via text.

Bellin was standing in line at the check-in counter at the airport when the blasts went off.

Bellin was apparently on his way to New York.

Bellin has had one surgery so far and has a lot of shrapnel in his legs and hips. He is currently in the ICU. Bellin’s wife and two children live in western Michigan, Kampe says.

My ex player Seb Bellin was injured in the Brussels bombing. Going for second surgery. Please pray for Seb.