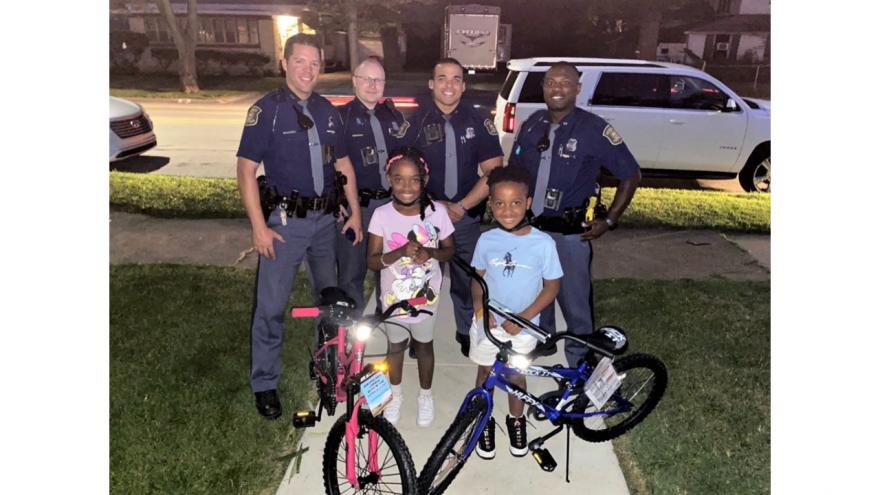 BENTON HARBOR, Mich. – Michigan State Police Southwest troopers surprised two children with new bikes after the ones they bought with their own money were stolen.

Troopers working in Benton Harbor on Thursday night were approached by a grandma who reported her two grandchildren’s new bikes had been stolen on August 13.

The kids had purchased their bikes the day before using money they raised from a lemonade stand they’ve been operating throughout the summer.

Using funds from the MSP Wayland “State Trooper Outreach Partnership” chapter, the troopers bought two identical bikes the same day and delivered them to the kids.