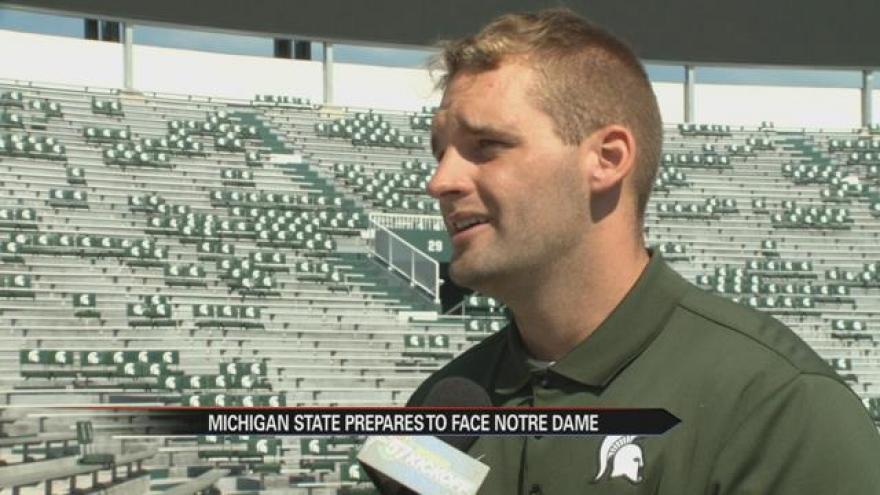 Notre Dame's next football game is against Michigan State. The Irish are the 6 point favorite in the game. ABC57's Allison Hayes traveled to East Lansing to find out how they're preparing for the big game.

Michigan State quarterback Tyler O'Conner says this is a must-win, marquee game for the Spartans.

"It's very important. Some people are even saying it's a second opener for us, having that week off so early. It's really a game that could catapult our season, it I could really jumpstart everybody. It's a confidence builder if you go out there and play well and that's what we need to have. And I think everybody on the team is hungry and it's a lot of young guys too. They're going to get the opportunity to play on a big stage for the first time in playing a nationally covered game," said O'Conner.

The Spartans had 10 penalties resulting in more than 100 yards against Furman in their season opener.

O'Connor says that will be key this week, cleaning up those penalties and playing smart.