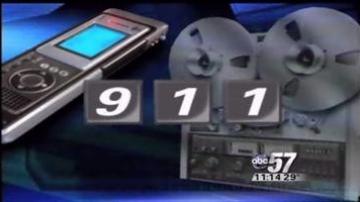 MICHIGAN -- Two men are in police custody after they broke into a Michigan home where a young teenager was home alone.

The 13-year-old called police from her bedroom when she heard someone break in downstairs. The two men even walked into the room while she was on the phone with 911.

She was able to hide under the bed and stay on the line.

The men ran off on foot, but police caught up to one man and took him into custody. The second man later surrendered himself to police.