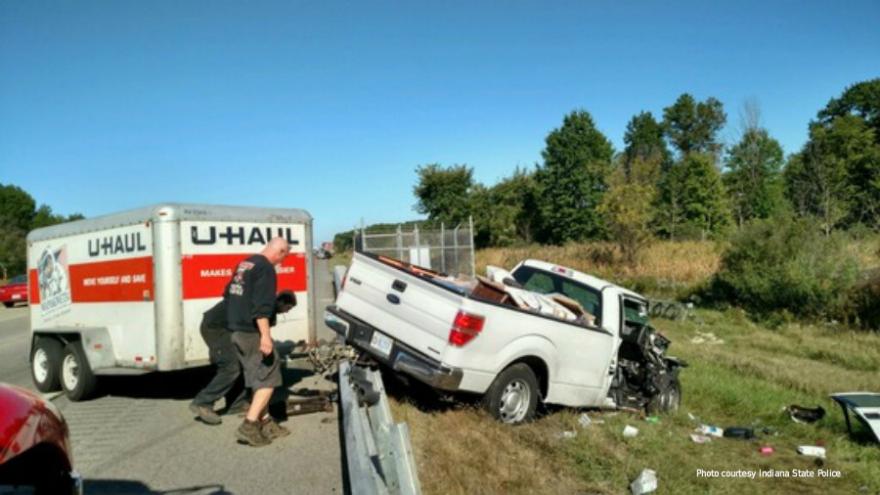 PORTER COUNTY, Ind. – A Livonia woman was seriously injured in a two-vehicle crash on I-94 near Chesterton Thursday afternoon.

According to Indiana State Police, a U-Haul trailer being pulled by a pickup truck began to jackknife in the eastbound lanes of the interstate when another vehicle collided with the trailer.

The driver of the truck, 57-year-pld Gregory Swanson from Livonia, Michigan, to lost control of his vehicle, struck a guardrail, and continued over the rail.

Troopers say the passenger of the truck, 53-year-old Charlene Swanson, was extricated from the vehicle and flown to South Bend for treatment of her injuries.

The reason that caused the trailer to jackknife is unknown at this time.