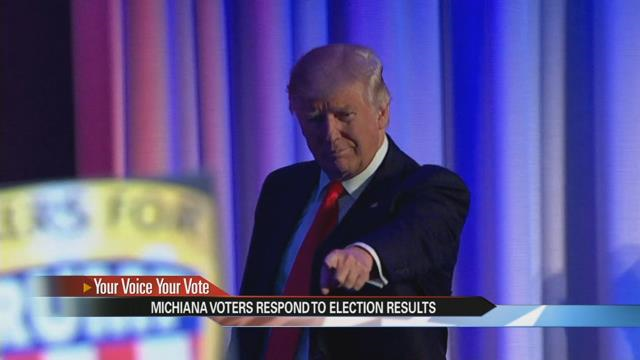 Election results started to pour in on Tuesday evening and it was realized exactly how much some states would play in the outcome of the Presidential Election.

For a while Michigan was expected to be a key state. Both Donald Trump and Hillary Clinton made appearances in the state the day before the election.

As of 7:30 a.m. Wednesday, Michigan has still yet to be called but 95% votes were accounted for; however, Trump already had a narrow lead over Clinton.

“I’m very happy for the election to be over. I’m glad we got the result that we did,” said Michigan resident Robert Merritt.

Michigan joined the Union in 1837. The state voted primarily Republican in Presidential Elections up until the Great Depression, according to 270towin.com.

Throughout the 1930's and up to the 1960's, the state altered between the two parties. From 1972-1988 the state voted exclusively Republican and became known as a primarily Democratic state.

Donald Bumstead is another Michigan Resident and he kept up with the results as they were happening.

“He’s smart. I think he’s going to put people where they need to be to help do this and if he listens to the people that he puts in their positions and works with them and works with both sides. It’s not about Democrats or Republicans, it’s about the United States of America,” he said.

Michigan has 16 electoral votes to bring to the table that make up about three percent of the total electoral votes needed to win the election. Between 1900-2012 Michigan cast votes for the winning candidate about 72% of the time according to Ballotopedia.

To keep up with the latest totals, click here.