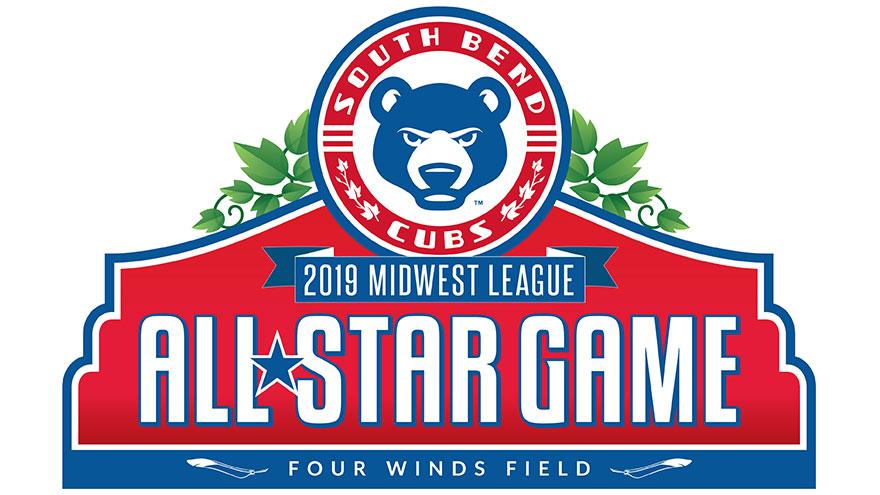 Tickets to the Midwest League All-Star game and the All-Star Fan Fest at Four Winds Field go on sale March 6 at noon.

On June 17, the South Bend Cubs will host the All-Star Fan Fest featuring a Home Run Derby, autograph sessions, the Chicago Cubs 2016 World Series Trophy and a special appearance by Clark the Cub.

The 55th Annual All-Star Game is scheduled for Tuesday, June 18.

“We talk about making memories at Four Winds Field every day,” said Andrew T. Berlin, Owner and Chairman of the South Bend Cubs. “When it comes to the 2019 All-Star Game, people from all across the country will be talking about the unforgettable event held in South Bend, Indiana for years to come. This will simply be the most exciting and entertaining experience that fans, players, team owners, MLB scouts and the media have ever seen. And that’s why we’re certain the city of South Bend will not have to wait another 30 years to host it again.”

“I’ve been waiting nearly three decades to see these, the most-promising young professional ballplayers in the world, return to South Bend for an All-Star Game,” added Dick Nussbaum, President of the Midwest League. “As General Counsel, and now President for the League, I’ve also witnessed firsthand how this one prestigious game has evolved into an exciting multiple-day event. And if I know team-owner Andrew Berlin, he and South Bend Cubs Team President, Joe Hart, are going to establish a new benchmark for success when it comes to hosting it. This is a game that you and I, and a lot of MLB scouts, won’t want to miss.”

If you purchase your tickets in person, by phone or online, you will get to choose a charity.

“This event is as much about our community, as it’s about the All-Star game itself,” said South Bend Cubs Vice President and General Manager Nick Brown. “Historically, the week-long celebration is a terrific way to show new visitors what it’s like to live, work and play in the region that hosts the event. So, we can’t wait to prove that this is the greatest place in the American Midwest to live, work, and play.”

Advanced ticket prices for the All-Star Game are $15 for field box tickets and $17 for dugout box. Lawn tickets are $11 but will only be available once the seating bowl has sold out.

Tickets for Fan Fest are $10 for general admission. Specific seats will not be assigned, and fans can sit anywhere in the seating bowl and lawn.